LONDON - The World Health Organization is estimating that nearly 15 million people were killed either by the coronavirus or by its impact on overwhelmed health systems in the past two years, more than double the official death toll of 6 million. Most of the fatalities were in Southeast Asia, Europe and the Americas.

In a report released on Thursday, the U.N. agency’s chief Tedros Adhanom Ghebreyesus described the figure as "sobering," saying it should prompt countries to invest more in their capacities to quell future health emergencies.

Scientists tasked by WHO with calculating the actual number of COVID-19 deaths between January 2020 and the end of last year estimated there were between 13.3 million and 16.6 million deaths that were either caused directly by the coronavirus or were somehow attributed to the pandemic’s impact on health systems, like people with cancer unable to seek treatment when hospitals were full of COVID patients.

The figures are based on country-reported data and statistical modeling. WHO did not immediately break down the figures to distinguish between direct deaths from COVID-19 and others caused by the pandemic. 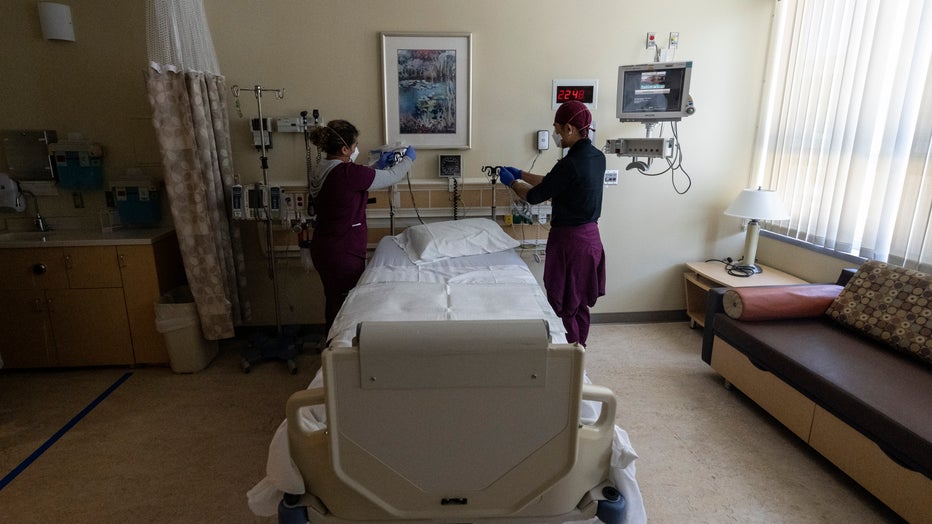 "This may seem like just a bean-counting exercise, but having these WHO numbers is so critical to understanding how we should combat future pandemics and continue to respond to this one," said Albert Ko, an infectious diseases specialist at the Yale School of Public Health who was not linked to the WHO research. For example, Ko said, South Korea’s decision to invest heavily in public health after it suffered a severe outbreak of MERS allowed it to escape COVID-19 with a per-capita death rate around a 20th of that of the U.S.

Accurate numbers on COVID-19 deaths have been problematic throughout the pandemic, as the figures are only a fraction of the devastation wrought by the virus, largely because of limited testing and differences in how countries count COVID-19 deaths. According to government figures reported to WHO and to a separate count kept by Johns Hopkins University, there have been more than 6 million reported coronavirus deaths to date.

Scientists at the Institute of Health Metrics and Evaluation at the University of Washington guessed there were more than 18 million COVID deaths from January 2020 to December 2021 in a recent study published in the journal Lancet, and a team led by Canadian researchers estimated there were more than 3 million uncounted coronavirus deaths in India alone.

Some countries, including India, have disputed WHO's methodology for calculating COVID deaths, resisting the idea that there were many more deaths than officially counted. Earlier this week, the Indian government released new figures showing there were 474,806 more deaths in 2020 compared to the previous year, but did not say how many were tied to the pandemic. India did not release any death estimates for 2021, when the highly infectious delta variant swept through the country, killing many thousands. 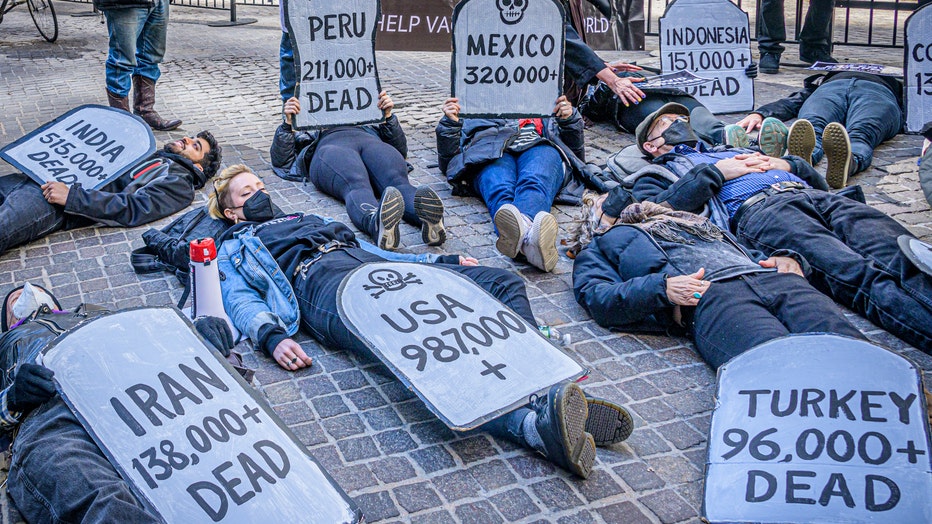 MANHATTAN, NEW YORK, UNITED STATES - 2022/03/11: Participants seen holding signs with the number of COVID deaths in different countries during the die-in at a protest outside the New York Stock Exchange. (Photo by Erik McGregor/LightRocket via Getty

Yale’s Ko said better figures from WHO might also explain some lingering mysteries about the pandemic, like why Africa appears to have been one of the least affected by the virus, despite its low vaccination rates. "Were the mortality rates so low because we couldn’t count the deaths or was there some other factor to explain that?" he said, adding that the crush of deaths in rich countries like Britain and the U.S. proved that resources alone were insufficient to contain a global outbreak.

Dr. Bharat Pankhania, a public health specialist at Britain’s University of Exeter, said we may never get close to the true toll of COVID-19, particularly in poor countries.

"When you have a massive outbreak where people are dying in the streets because of a lack of oxygen, bodies were abandoned or people had to be cremated quickly because of cultural beliefs, we end up never knowing just how many people died," he explained.

Although Pankhania said the currently estimated COVID-19 death toll still pales in comparison to the 1918 Spanish flu pandemic — when experts estimate up to 100 million people died — he said the fact that so many people died despite the advances of modern medicine, including vaccines, is shameful.

He also warned the cost of COVID-19 could be far more damaging in the long term, given the increasing burden of long COVID.

"With the Spanish flu, there was the flu and then there were some (lung) illnesses people suffered, but that was it," he said. "There was not an enduring immunological condition that we’re seeing right now with COVID," he said.

"We do not know the extent to which people with long COVID will have their lives cut short and if they will have repeated infections that will cause them even more problems."