A new poll on race relations in the U.S. shows that a clear majority believe the country has a racism problem.

The poll, by The Wall Street Journal and NBC News, revealed that of the 900 registered voters who were asked, 56 percent agreed that American society is racist.

That number varied significantly among certain demographics. Of women, 66 percent believed this, compared with 46 percent of men. Democrats polled agreed with this at a rate of 82 percent compared with 30 percent of Republicans.

A majority of White, Black, and Hispanic participants all agreed that U.S. society is racist, with 51 percent of White people supporting that idea, compared with 60 percent of Hispanics and 78 percent of Black participants. 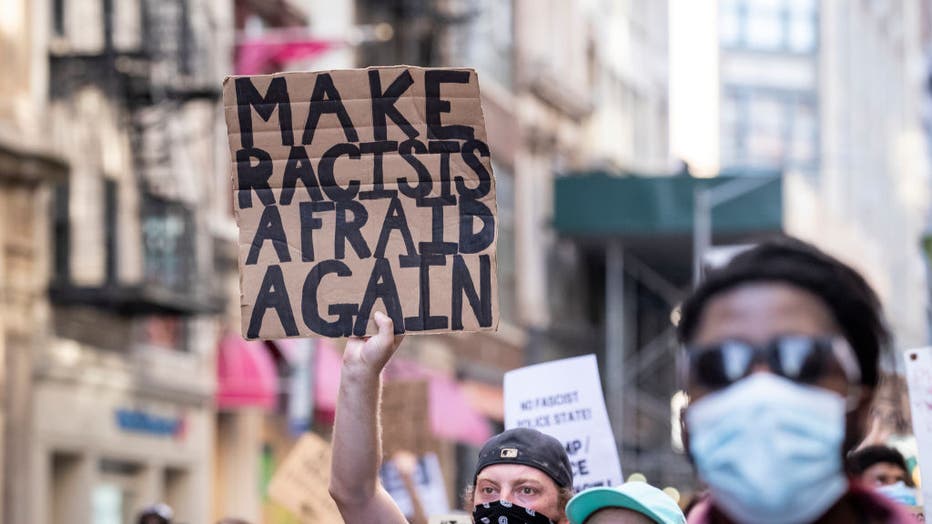 A protester wearing a mask holds a sign that says, "Make Racists Afraid Again" as they marched from Union Square to City Hall in Manhattan. (Photo by Ira L. Black/Corbis via Getty Images)

Most voters who participated said they support the protests that have taken place since the death of George Floyd, with 57 percent expressing support.

The poll revealed that Black and White voters are not necessarily on the same page when it comes to explaining race-based discrimination in the U.S. Of Black voters, 65 percent said racism is a systemic problem built into various institutions and policies. White voters were more divided in how they answered the question and the largest segment – 48 percent – said discrimination was the result of racist individuals.