Baltimore could wrap up 2019 with its highest per-capita homicide rate on record.

BALTIMORE (AP) - Baltimore could wrap up 2019 with its highest per-capita homicide rate on record as killings of adults and minors alike for drugs, retribution, money or no clear reason continue to add up and city officials appear unable to stop the violence.

Police recorded 338 homicides as of Tuesday, following a week of relentless gunfire that saw eight people shot — three of them fatally — in one day and nine others — one fatally — another day. That total is up from 309 in 2018 and four shy of the 342 killings tallied in 2017 and 2015, the year when the city's homicide rate suddenly spiked.

With just over 600,000 residents, Baltimore's homicide rate would reach approximately 57 per 100,000 residents if the death toll reaches 342. That would eclipse the rate of 1993, when the city had a record 353 killings but was also much more populous.

By contrast, New York City, with more than 8 million residents, had 306 homicides through Dec. 15.

Police yellow tape and makeshift memorials with flowers, stuffed animals and balloons have become common in some neighborhoods of this deeply segregated city. Memorials can be found within blocks of each other at the same time.

“It's a major concern for me, not just as a hopeful man but as a citizen of Baltimore who grew up in inner city Baltimore,” said Carmichael “Stokey” Cannady, a reformed drug dealer turned community activist who wants to be mayor. “I remember when a person had a conflict and would have a fight at best, now these young kids, at the age of 13, 14 years old, are finding handguns in their possession and they use them as toys ... The whole system needs to be revamped.”

This is the fifth year in a row this Mid-Atlantic community dubbed “Charm City” has reported more than 300 killings. Before 2015, that number had generally been on the decline, but the trend reversed after civil unrest followed the death in police custody of a young black man, Freddie Gray. 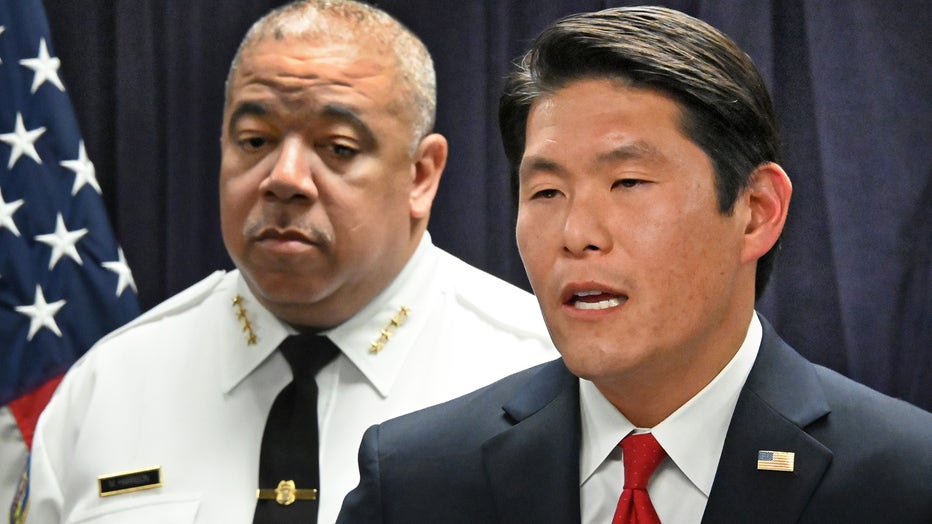 Reasons for the upward trend vary and are subject to interpretation. Many accuse police of taking a hands-off approach to crime fighting since six of their own were charged in connection with Gray's death. Others attribute it to the apparent free flow of illegal guns, the effects of a punishing opioid epidemic, social inequalities and a lack of decent jobs for many in disenfranchised neighborhoods. Some say political incompetence at City Hall also contributed.

Police Commissioner Michael Harrison, who was tapped this year to fix a dispirited department and regain residents' trust, unveiled a five-year crime-fighting plan in July, that includes a goal of responding to calls within 10 minutes and prioritizing those threatening life or property. The plan also contains recruitment strategies, community engagement efforts and accountability measures. But the department lacks the personnel and resources to achieve all the goals, and Harrison has acknowledged that the city's deep-rooted “gun culture” also must be changed.

“People can expect that number to go down, we are building capacity, but we need to have some type of effect on the poverty, the housing, the education, the addiction, the skills, the jobs and the lack thereof, together at the same time,” Harrison told The Associated Press. “All of that has to be addressed while prosecuting people who commit crimes and preventing other people from committing those crimes. Otherwise, it continues and then you ask the question, 'When does it stop?' without fixing the reason it starts.”

Last week, the U.S. Department of Justice and members of the state's congressional delegation announced additional resources to help Harrison and federal law enforcement in Maryland track guns, hire additional police officers and beef up task forces. Harrison, in a reversal, agreed to allow three surveillance airplanes to fly above the city for up to six months as part of a pilot program.

“Let's not assume simply that by putting more officers, this is going to lead to greater closure of cases or will be a deterrent," Jeffrey Ian Ross, a criminologist at the University of Baltimore. "It may help families, it may put behind bars some more bad guys, but it doesn't mean it necessarily leads to a decrease in crime and homicides.”