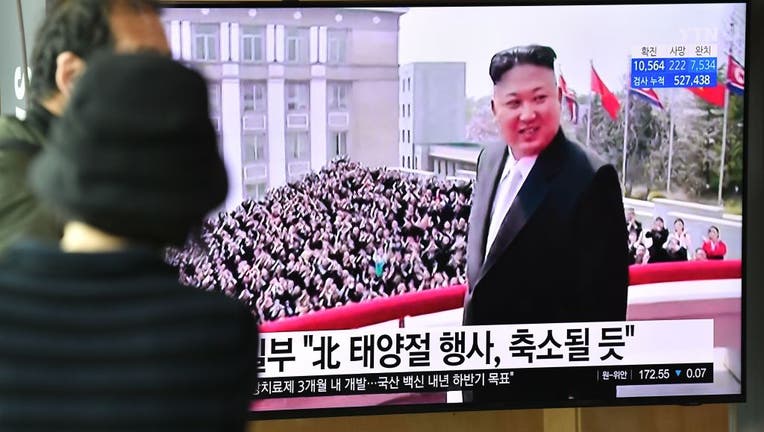 People watch a television news broadcast showing file footage of North Korean leader Kim Jong Un, at a railway station in Seoul on April 14, 2020. The country's state media said that the North Korean leader made a public appearance. There had been re

The Korean Central News Agency said Saturday that he attended a ceremony marking the completion of a fertilizer factory in Suncheon, near the capital of Pyongyang, with other senior officials, including his sister, Kim Yo Jong.

A top South Korean official says his country is confident there have been no unusual developments in North Korea, suggesting that rumors about the possible ill health of leader Kim Jong Un are untrue.

Kim Jong Un had been last seen during a ruling party meeting on April 11 to discuss coronavirus prevention. Speculation about his health swirled after he missed the April 15 celebration of the birthday of his late grandfather and state founder, Kim Il Sung, the country’s most important holiday.

South Korea's government had downplayed rumors and unconfirmed reports that Kim was in poor health following a medical procedure, saying it had detected no unusual activity in the North.