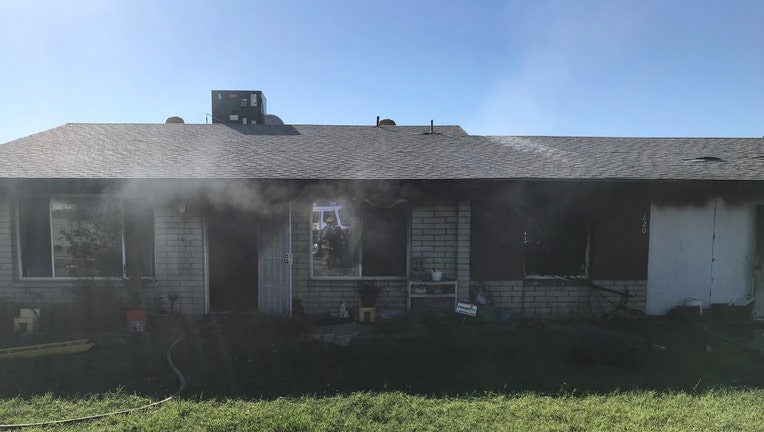 According to a statement by Captain Kenny Overton, crews were called out just after 2:00 p.m. to an area near 14th Avenue and Bell Road. When firefighters arrived, they found a house fire with flames over the roofline, and a thick black smoke coming from the front and back of the home.

Fire officials say crews were able to stop the fire from spreading. The homeowner, meanwhile, made it out of the home safely. In addition, three of her dogs and one cat were also accounted for.