Police say 27 people were arrested in connection to an undercover operation targeting child sex crimes and human trafficking in the Valley.

PHOENIX - Police say 27 people were arrested in connection to an undercover operation targeting child sex crimes and human trafficking in the Valley.

Phoenix, Mesa, Tempe, and the Chandler Police Departments partnered with Homeland Security and the Arizona Attorney General's Office for "Operation Silent Predator," where undercover police officers arranged sex acts with people whom the suspects believed to be 14-years-old or younger.

"They were using social media to silently enter in our homes, our children's bedrooms," said Phoenix City Councilmember Michael Nowakowski. 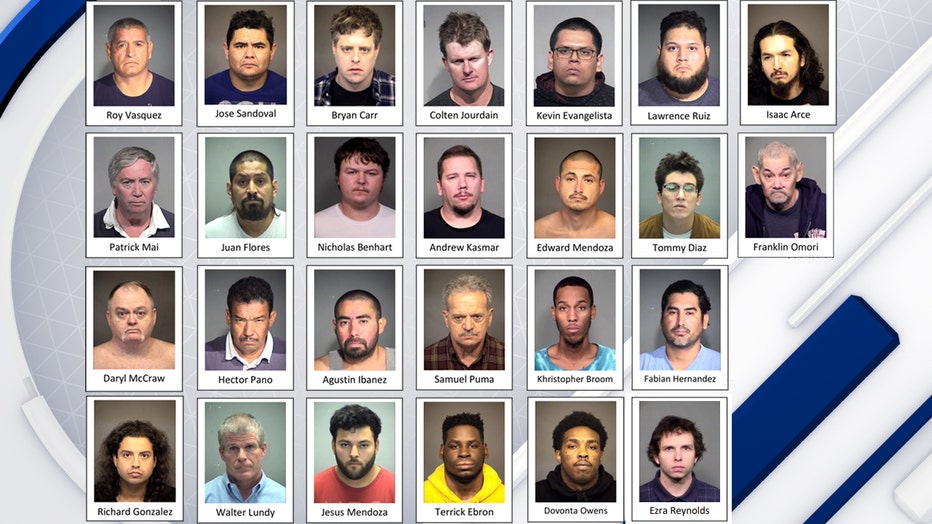 Police say they had undercover agents online putting out ads in places the suspects frequented. Many were arrested while thinking they were meeting up with a boy or girl under the age of 15.

"It’s like fishing. You put the bait out the fish will come," said Phoenix Police Commander Jim Gallagher.

The arrests were made shortly before a news conference on the operation began. Meanwhile, people living close to those arrested say they are shocked to hear about the arrests.

"it's frightening and disgusting. It's just not tolerable," said Kim Campbell.

Police say these types of operations go on all year, but they need parents to step in and educate when they can’t.

"There are people in our social media world who will hurt us or hurt our children if we don't do the responsible thing, so our children are counting on us to protect them," said Phoenix Police Chief Jeri Williams.