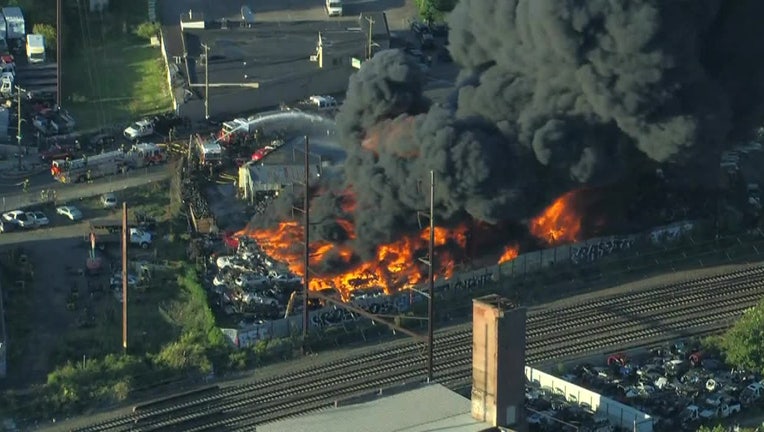 Over 100 firefighters are on scene battling a fire at a car junkyard in North Philadelphia.

PHILADELPHIA - Officials say 120 firefighters were on scene of a three-alarm fire at West Sedgley Avenue and West Venago Street, along with medics, chiefs, and support personnel.

There are no known victims and no specific hazardous substances have been identified, officials say.

The fire was placed under control at 7:15 p.m. on Tuesday after crews were on scene battling the flames for several hours.

Officials with the Health Department are advising residents in the area to stay inside and avoid unnecessary exposure to smoke. Residents should shut their windows and circulate inside air with fans to avoid bringing in any air pollution.

The Amtrak Northeast Corridor has suspended all train traffic north of Washington until further notice. The Trenton and Chestnut Hill West SEPTA line has suspended its services for the remainder of day due to the fire.