Patrick Mahomes - a small town guy from East Texas – is now a Super Bowl champion, and he had his hometown cheering him on the whole way.

WHITEHOUSE, Texas - Patrick Mahomes - a small town guy from East Texas – is now a Super Bowl champion, and he had his hometown cheering him on the whole way.

Now he’s the ‘comeback kid’ from East Texas, and it has made people in his hometown so proud.

“You never doubt Patrick, that is one thing you don’t do. From high school to college, you do not doubt that man,” said Hayden Ford, who lives in Whitehouse.

There were watch parties in homes and businesses around Mahomes’ hometown of Whitehouse, which is near Tyler.

Since Mahomes became a Chief, Whitehouse has become a Chiefs city in Cowboys country.

“It’s been phenomenal. He’s really been an inspiration. He’s a great kid. We love him,” said Steve Arnold, who is from Whitehouse.

At Montez Creekside Kitchen, fans were on the edge of their seats until the game was over. 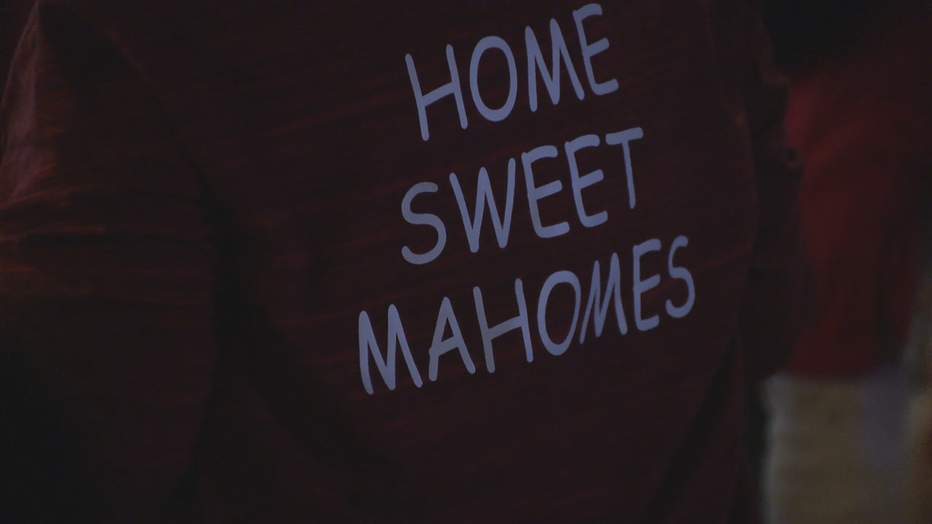 Nikki Ehlinger lives in Corpus Christie, but is from Kansas City.

Her family drove from Kansas City to Whitehouse just to watch the game.

“Where else would I want to celebrate in Texas. Whitehouse is where it supposed to be, right here, for sure,” she said.

In high school, Mahomes lit up the scoreboard with some big plays.

Now, on the biggest stage, he did the same thing by bringing his team back from a 10-point deficit in the fourth quarter, to become Super Bowl MVP.

“His dreams come true. That’s what he’s been playing for. Hell, he’s 24, him and his family deserve it,” said Brandon McCaa, who lives in Whitehouse.

“It’s such an inspiration for the city because he is such a great guy. We love him,” said Patti Potter, who is from Whitehouse.

“Everybody is having fun. I can’t wait to have the parade,” Arnold said.

[REPORTER: “Are you hoping he brings that trophy down here?”] “Absolutely, he’s going to do it,” Arnold replied.

Right now, everyone in Whitehouse is just wondering when Mahomes will come back home to celebrate.