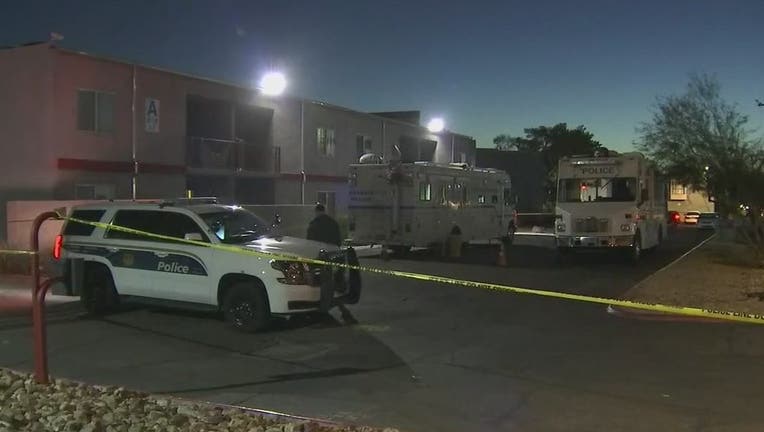 PHOENIX - Phoenix Police say a man has died after he was found locked inside of a bathroom.

Police responded to an apartment complex near 19th and Missouri Avenues after a woman called 911 saying her 32-year-old son locked himself inside the bathroom. She told police she heard banging and breaking glass and water was flowing out from under the door.

Officers arrived at the home and found the Armando Cereceres unclothed on the floor of the bathroom. They handcuffed him to make sure he would not injure himself or officers.

Firefighters were called in to evaluate Cereceres and he became unresponsive. He was taken to a hospital where he later died.

Investigators say that he had a history of drug use and illegal drugs were found inside the bathroom and his bedroom.

The Maricopa County Medical Examiner will determine the cause of death.