MESA, Ariz. - Authorities are accusing a Mesa man of various criminal offenses stemming from a disagreement with his brother over inheritances.

According to court documents obtained by FOX 10 on August 17, 36-year-old Ross Paul Emmick, was arrested on August 14, and is accused of theft by extortion, stalking, conspiracy to commit first-degree murder, and computer tampering.

Police: Emmick believes his brother should not have received inheritance 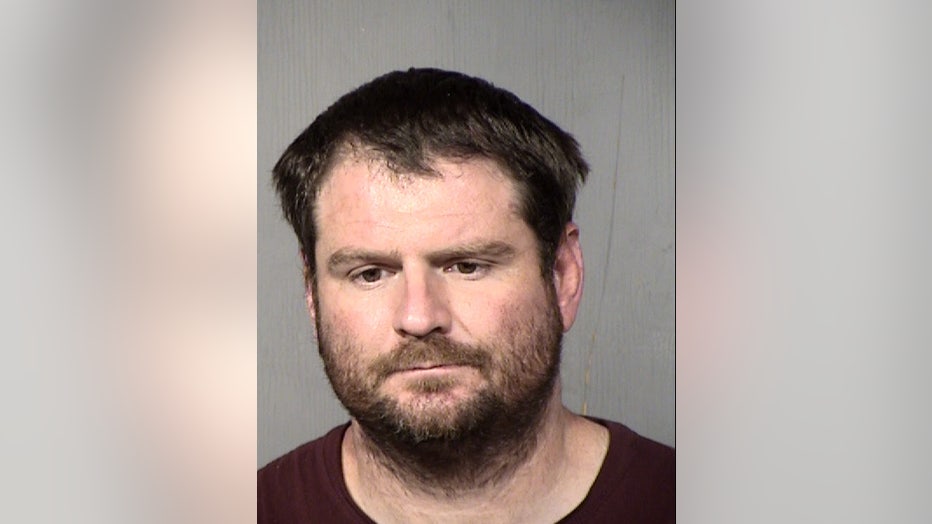 In a probable cause statement included in the court documents, a Mesa Police detective said the incident began in March 2020, when officers received information from the victim that Emmick was threatening him, and that there was an order of protection in place. Officers later found out that Emmick and his brother have received inheritance money from their grandparents, who have passed away.

"The argument has been that the defendant does not believe that the victim should have received any money," read a portion of the probable cause statement.

In July, investigators say Emmick's longtime girlfriend sent them an e-mail, stating that Emmick was planning to do something, and that she has never seen Emmick like this.

"The defendant is a lot smarter than you think he is," the girlfriend wrote, according to investigators. "He is 100% positive that he can do whatever he is going to do numerous times."

Investigators say Emmick's girlfriend also stated that Emmick vowed to hire a private investigator if the victim moves, and will continue to "wreak havoc" on the victim's life until he pays back the money and drop the restraining order.

On July 20, police detectives say they made contact with Emmick and his girlfriend, and told Emmick to stick to the order of protection and "let it go."

On August 14, investigators say the victim called police and said Emmick violated the order of protection, and sent him an e-mail.

A portion of that e-mail, as included in court documents obtained by FOX 10, contained graphic details where Emmick wrote that the victim's children will be subjected to sexual abuse and torture. Emmick, investigators say, also told the victim to meet with him in order to stop people from killing the victim's family.

FOX 10's Jennifer Martinez caught up with the victim on August 17. The victim, who did not want to appear on camera, said he is still shaken.

Court documents state that a cash bail for Emmick, who is a Mesa resident, has been set at $350,000. Should he make bail, he is required to undergo electronic monitoring.