Eight children were among 12 people killed Wednesday during a rowhome fire in Fairmount. "They're babies, young children. They didn't even get to experience life," said Isaiah Brown, a cousin who viewed himself as a mentor to one of the boys.

PHILADELPHIA - Gut-wrenching photos show a group of children who family members say died in Wednesday's devastating rowhome fire in Fairmount that claimed the lives of a dozen people and was the city's deadliest single fire in more than a century.

While the cause of the fire remains under investigation, sources tell FOX 29 they are looking into whether or not a Christmas tree that caught fire may have been the cause.

Authorities have not identified the eight children and four adults who died when the second floor of a Philadelphia Housing Authority rowhome went up in flames Wednesday morning.

Family members say the victims ranged in age from 33-year-old to 1-year-old. They also say two of the victims were sisters, ages 33 and 30, and that both of them were mothers. The sisters each had multiple children, but it's unclear if all of them were home at the time of the fire or how many of them died.

"They're babies, young children. They didn't even get to experience life," said Isaiah Brown, a cousin who viewed himself as a mentor to one of the boys.

"My sisters and my nieces and my nephews are gone, they are deceased, they are never coming back," Keta Purifoy said. 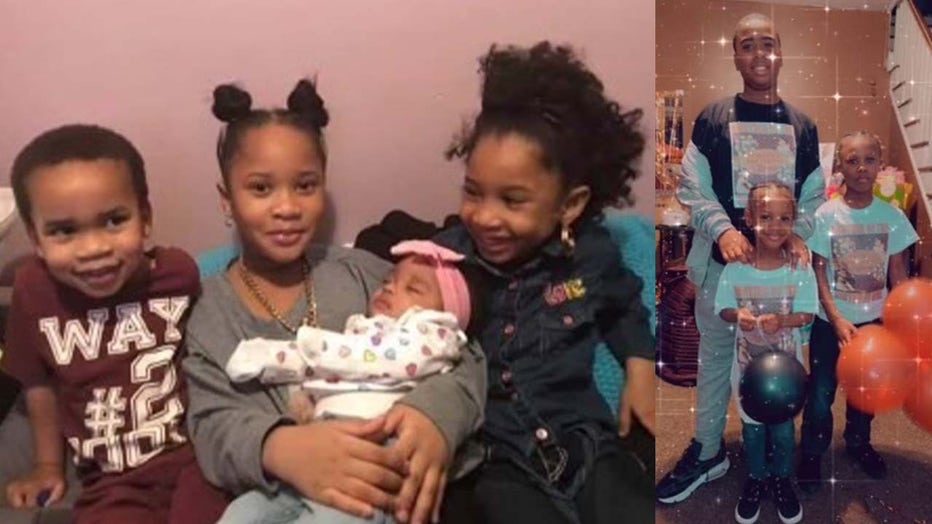 Family members have shared photos of some of the 12 victims killed in Wednesday's fire. (Photo via Qaadira Purifoy)

Crews responded around 6:40 a.m. and saw flames shooting from the second-floor front windows in an area believed to be a kitchen, Deputy Fire Commissioner Craig Murphy said. They found "heavy smoke, heat and limited visibility on all floors," according to a statement Wednesday night from the city.

The odd configuration of the building — originally a single-family home that had been split into two apartments — made it difficult to navigate, he said. Crews brought it under control in less than an hour,  authorities said.

Fire officials said the three-story rowhome was equipped with four smoke detectors, but none of the four were operational.

The alarms had been inspected annually, and at least two were replaced in 2020, with batteries replaced in the others at that time, Philadelphia Housing Authority officials said. Officials said the last inspection was in May 2021 and the smoke detectors were working at that time.

At least two people were hospitalized and some others managed to escape from the three-story brick duplex, which was public housing. Fire officials initially said 13 people died, seven of them children, but those figures were updated Wednesday evening.

Authorities say 26 people were living inside the property at the time of the fire. When asked if that was an appropriate number for that particular property, Philadelphia Housing Authority officials replied that it was not. A spokesperson for Philadelphia’s Department of Licenses and Inspections said the city does not limit the number of family members who can stay in a single unit.

Family members shared photos of a group of children who were killed when a fire ignited on the second floor of a Philadelphia rowhome Wednesday morning. "My sisters and my nieces and my nephews are gone, they are deceased, they are never coming back," one family member told FOX 29.

"You don’t know the circumstances of each and every family, and maybe there were relatives and family that needed to be sheltered," Philadelphia Mayor Jim Kenney said. "Obviously the tragedy happened, and we all mourn for it. But we can’t make judgment on the number of people living in the house because sometimes people just need to be indoors."

A GoFundMe Page has been established "to assist the parents/grandparents with final arrangements." The online fundraiser says leftover donations will go to resources for the two survivors.

The Fund for the School District of Philadelphia has also set up a fund to provide assistance to the families impacted by the fire. Anyone who wishes to contribute can do so here.