Phoenix Police are investigating an officer-involved shooting near 76th Avenue and Thomas Road.

PHOENIX - Phoenix Police officials have identified the person who died following an officer-involved shooting near 76th Avenue and Thomas Road on Monday.

Police say 38-year-old Richard Ruiz allegedly tried to carjack a woman in the parking lot of Desert Sky Mall and began shooting. They say Ruiz tried to steal a woman's car at gunpoint. The woman screamed and tried to get away, but the suspect shot her as she drove off.

Police say an innocent Good Samaritan heard the woman and tried to stop the suspect. Ruiz then shot him, and drove away in another car.

When police arrive, officials say Ruiz rammed their vehicle, and that is when officers shot the suspect, killing him.

No officers were injured and no shots were fired inside the mall. The two who were shot are expected to be OK. 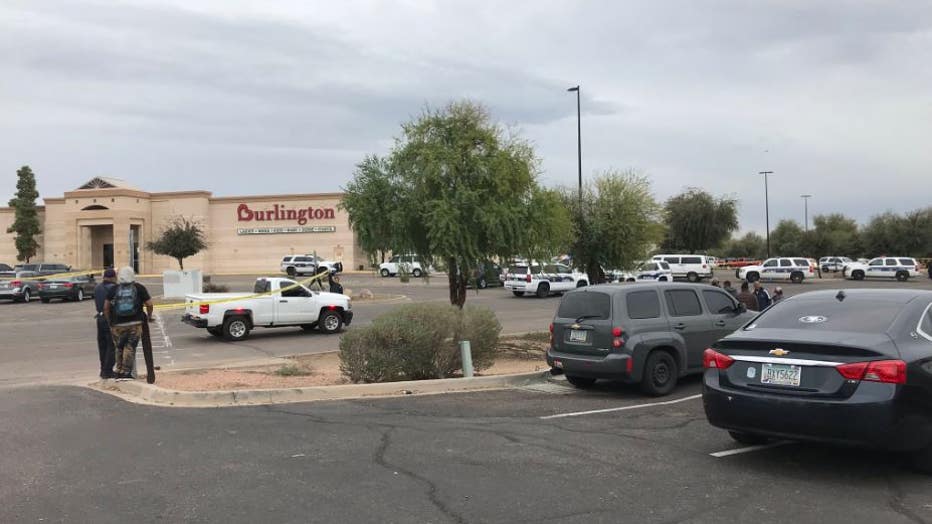