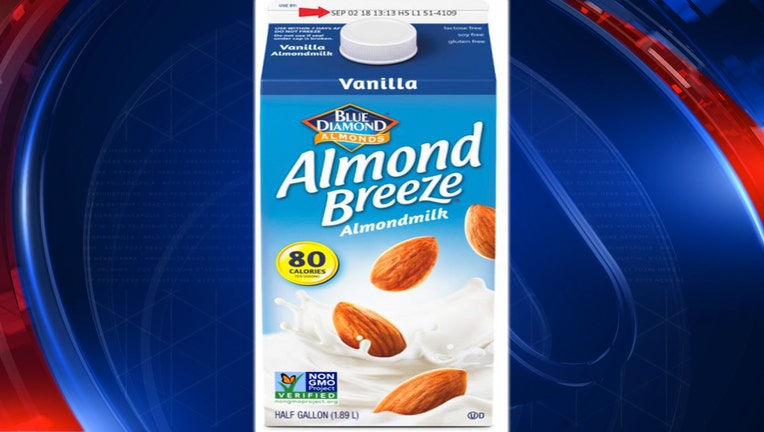 (FOX 46 WJZY) - Cartons of almond milk are being recalled for containing milk, an allergen not listed on the label.

HP Hood LLC announced this week they're voluntarily recalling more than 145,000 half-gallon cartons of refrigerated Vanilla Almond Breeze almond milk because of the possibility of them containing milk, according to the Food and Drug Administration.

The product is safe to drink unless the consumer has a milk allergy or sensitivity, according to an FDA.

The half-gallon cartons were shipped to retailers and wholesalers in:

Those units that were recalled represent less than .8 percent of half-gallon containers of the Vanilla Almond Breeze almond milk shipped by Hood in the last 12 months.

The recall only applies to refrigerated Vanilla Almond Breeze almond milk with a use-by date of September 2, 2018. To identify the affected products, consumers should look for the stamped information printed as:

The carton will also have a UPC bar code of "41570 05621" on the side panel of the carton next to the nutrition facts. For more information on the recall, CLICK HERE!