What sets the 2022 Midterm Elections apart

Much is at stake in the U.S. this midterm election season. Both chambers of Congress and dozens of governorships and state offices are up for grabs, effectively putting the direction of the country at a crossroads.

Here’s a look at election results in each state:

But another high-profile GOP target of Trump in the state, Rep. Nancy Mace, managed to hold back a challenger.

Both Rice and Mace have been objects of Trump’s anger ever since a mob of his supporters stormed the U.S. Capitol to stop the certification of Joe Biden's presidential election win. Mace stated on national TV that Trump’s "entire legacy was wiped out" by the attack, while Rice became an apostate for joining a small group of Republicans who voted with Democrats in favor of Trump’s second impeachment.

"He threw a temper tantrum that culminated with the sacking of the United States Capitol," Rice told NBC News on Monday. "It’s a direct attack on the Constitution, and he should be held accountable."

Voters ultimately rendered different judgments on the duo, reflecting a split within the GOP about how to move forward from the Trump era. Rice's largely rural district is representative of Trump's America, where crossing the former president carries a steep cost. Even as Trump railed against both lawmakers, he chose to hold a rally in Rice's district earlier this year.

That's because Mace's district, which centers on Charleston, is full of the type of moderate suburban voters who fled the GOP under Trump. It is one of the few districts in an overall red state where Democrats have been even moderately competitive in congressional races.

The results demonstrate that the Trump factor can't be underestimated in solidly Republican territory, a potential warning sign for other Republicans, including Rep. Liz Cheney of Wyoming, who also voted to impeach Trump and has helped lead the House panel investigating the Jan. 6 attack. She's facing a competitive primary in August from a Trump-backed challenger.

Another notable factor in the Mace contest: It amounted to a proxy battle between Trump, who is contemplating a 2024 White House campaign, and former U.N. Ambassador Nikki Haley, who is also considering a run.

Also in South Carolina, Republican Tim Scott coasted to an easy and unopposed primary win Tuesday for what he says will be his last term in the Senate. But another state is also on his mind — the presidential proving ground of Iowa.

It's become an article of faith that there are no "accidental" trips to Iowa by ambitious politicians. And Scott, the Senate’s sole Black Republican, has made several visits, including one last week.

Republican South Carolina Gov. Henry McMaster won his party’s nomination for a second full term. If he wins the general election in November and completes the term, he will become the longest-serving governor in the state’s history. 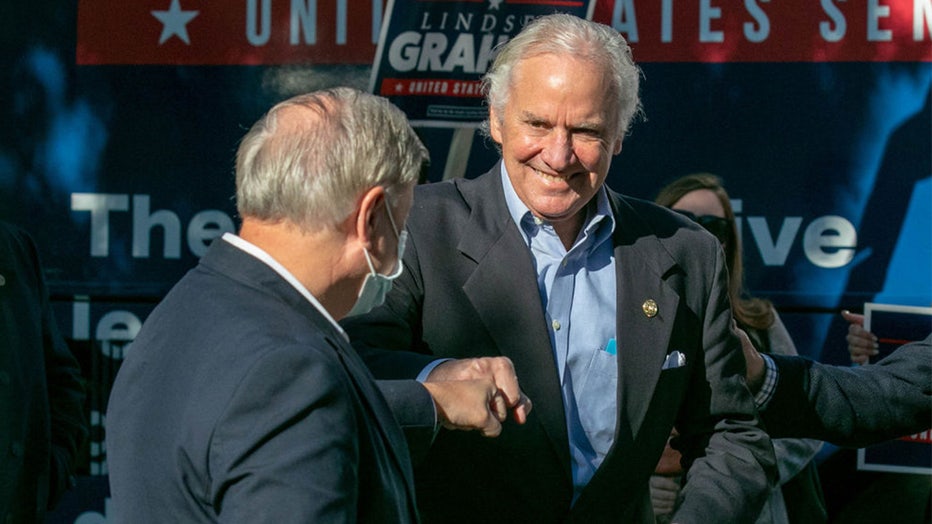 McMaster defeated Harrison Musselwhite, a trucker and former businessman who said he was running to allow open carry of guns, prevent any government vaccine mandates and eliminate state income taxes. He faces a Democratic challenger in November’s general election.

McMaster mostly let his governing do his campaigning, reminding voters how the state’s economy is booming and how he tried to carefully tailor COVID-19 restrictions when the pandemic started.

Governors in South Carolina are limited to two four-year terms, but if McMaster wins the primary and November’s election, he will have the chance to serve an unprecedented 10 years in office. That’s because he automatically ascended to the role from his lieutenant governor seat in January 2017 when Nikki Haley resigned to take a job in then-President Donald Trump’s administration. McMaster served out Haley’s last two years before getting elected in his own right in 2018.

The two Republican leaders haven't been on speaking terms since December 2020, when McConnell acknowledged that Biden defeated Trump. But they both endorsed Laxalt, who defeated retired Army Capt. Sam Brown – a West Point graduate and Purple Heart recipient who ran an unexpectedly strong campaign as a conservative outsider.

The mutual support, which brought together the Trump and establishment wings of the party, demonstrates the intense focus Republican have placed on flipping the seat held by first-term Democratic Sen. Catherine Cortez Masto, who is considered among the most vulnerable senators.

Paul LePage, the Republican whose two terms as Maine's governor were dominated by his offensive rhetoric and combative leadership, is seeking a political comeback.

With no opposition, LePage coasted to the Republican nomination for governor on Tuesday, setting up a fierce general election campaign against Democratic incumbent Janet Mills.

The race is among just a handful of competitive governor's contests this year, and the matchup in Maine revives a long-standing rivalry between LePage and Mills. The two were often at loggerheads when LePage was governor and Mills was attorney general.

LePage sued Mills for refusing to defend his administration during several political disagreements that reached a boiling point over then-President Trump’s travel ban targeting several Muslim-majority countries. LePage had to pay to use outside counsel.

The campaign is emerging as a barometer of whether voters this year will be motivated by economic anxiety or political civility. 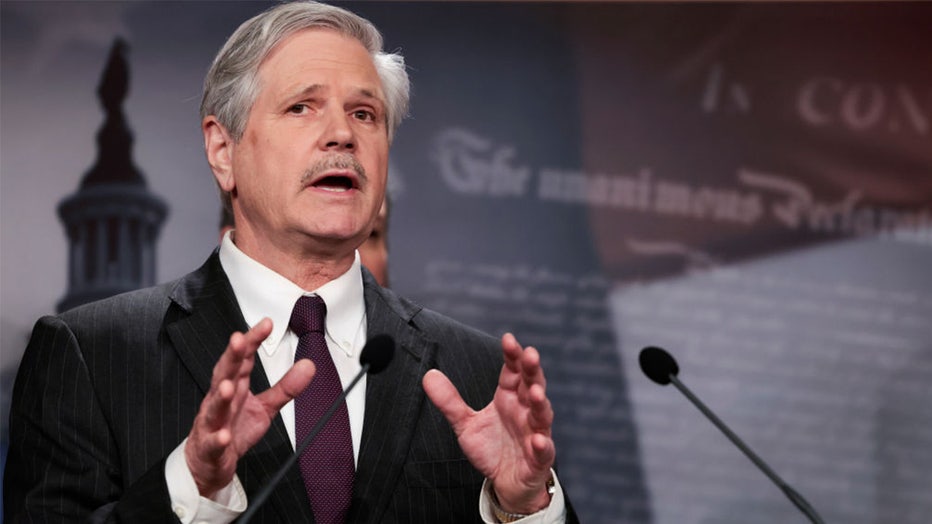 Hoeven defeated Riley Kuntz, an oil field worker who said Hoeven had been in Washington far too long but who raised less than $5,000 for his long-shot bid. Hoeven, seeking his third term at age 65, raised more than $3.2 million in the run-up to the primary.

Katrina Christiansen, a University of Jamestown engineering professor, had the Democratic endorsement in that party’s primary, where she faced Michael Steele, a Fargo art and antiques dealer.

Hoeven won both of his previous Senate terms with more than 76% of the vote.

GOP U.S. Rep. Kelly Armstrong was unopposed as he seeks a second term. Democrat Mark Haugen, also unopposed, is his November opponent Haugen, of Bismarck, is a University of Mary graduate adviser and has long worked as a paramedic.