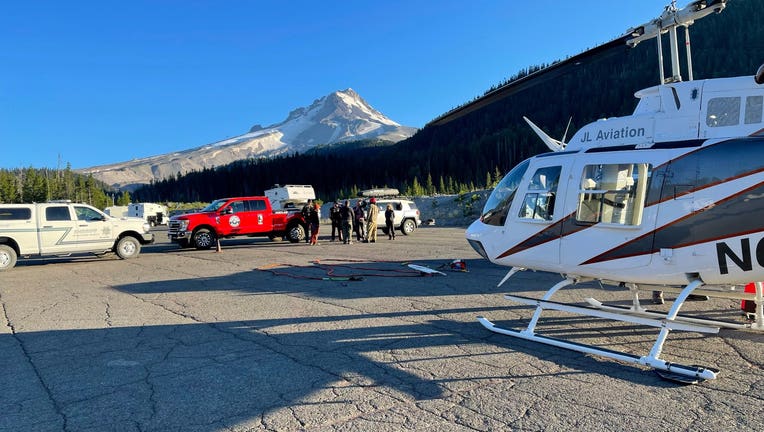 PORTLAND, Ore. - Authorities in Oregon said they have recovered the body of a climber who fell to her death at Mt. Hood back in March.

The Clackamas County Sheriff's Office said on March 9, 34-year-old Pradnya Mohite was attempting to summit the mountain with her climbing partner, 50-year-old Lei Wang. when they both fell 200 feet near the Leuthold Couloir.

Wang suffered critical injuries and was able to call 911, but Mohite was pronounced dead at the location of the fall.

Crews rescued Wang but were unable to recover Mohite due to dangerous weather conditions at the time.

"The Leuthold Couloir is a long, steep avalanche chute," deputies posted on Facebook. "A series of late-season storms brought a tremendous amount of snow in March and April, resulting in extreme avalanche risk and challenging climbing conditions that prevented the recovery of Ms. Mohite."

Since then, authorities said they had been monitoring the weather conditions in the area and were able to retrieve Mohite's body on August 4 after an "adequate melt."

"We offer our deepest condolences to the family and friends of Ms. Mohite and hope that today brings closure to everyone impacted by this tragedy," authorities continued.