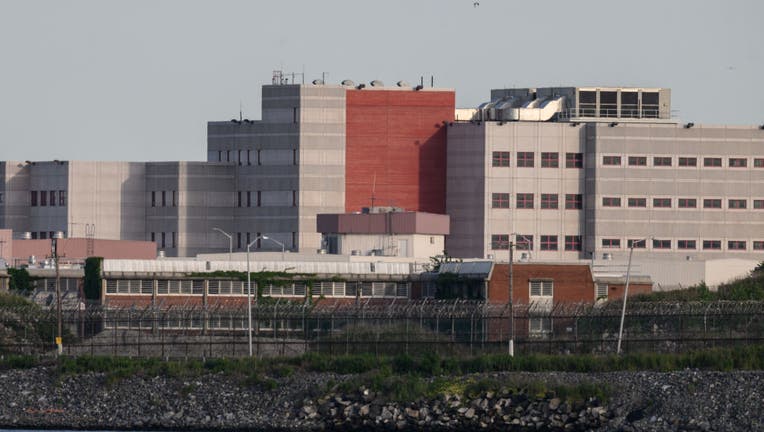 Dr. Ricardo Cruciani, 68, was found unresponsive in a shower area at the notorious complex, the people said. They were not authorized to speak publicly and did so on condition of anonymity.

Cruciani's lawyer, Frederick Sosinsky, confirmed in a statement that his client had died, but not the manner of death.

"Ricardo’s attorneys and family are shocked and saddened beyond belief to have learned of his violent death while in city custody this morning," he said.

Sosinsky called for "an immediate and objective investigation" into the circumstances of Cruciani’s death, including whether jail officials complied with a court order, at the time of his conviction, to place him in protective custody and under suicide watch.

"Neither of these conditions were, to our knowledge, ever complied with," Sosinsky said. "Had they been, we would not be having this terrible discussion."

RELATED: NYC man accused of smearing feces on woman’s face has own face scalded with boiling water in jail

Cruciani died while awaiting sentencing next month in a New York state case in which he was convicted of 12 counts, including predatory sexual assault, rape and sex abuse, and acquitted on two other counts. He faced up to life in prison.

He was also scheduled to go on trial next January on federal charges accusing him of abusing multiple patients over 15 years at his offices in New York City, Philadelphia and Hopewell, New Jersey.

Six women testified the sexual abuse often occurred behind closed doors during appointments in 2013 at a Manhattan medical center, where the doctor would expose himself and demand sex.

"I take comfort knowing he now faces another judge," said Terrie Phoenix, one of six women who testified against Cruciani at trial.

The AP does not typically identify people who say they are survivors of sexual assault unless they grant permission, which Phoenix has done.

Cruciani denied abusing women. In court, his lawyer questioned the credibility of his accusers.

Jails commissioner Louis Molina said in a statement that he was "deeply saddened" to learn of the inmate’s death, and promised "a preliminary internal review to determine the circumstances surrounding his death."

"Our thoughts and prayers go out to his loved ones," Molina said.

Cruciani is at least the 11th person to die in a city jail this year. Last year, 16 people died in city jails — the most since 2013.

The Daily News was first to report Cruciani’s death.

Messages seeking comment were left with lawyers for women who say they were abused by him. A message was also left with the Manhattan district attorney's office, which prosecuted the case that ended in his July 29 conviction.

Cruciani was out on bail during the trial but was sent to Rikers Island after the verdict.

The complex, troubled by years of neglect, has spiraled into turmoil since the start of the coronavirus pandemic, with a spike in inmate deaths, violence, self-harm and staff absences. The city has said it will close Rikers Island by 2027, replacing it with four smaller jails located elsewhere.