A Gig Harbor resident who owns a Seattle property is frustrated about the city's guidelines on the eviction moratorium, saying his renters haven't been able to pay rent, and now he's forced to sell the property.

GIG HARBOR, Wash. - Some landlords with a smaller selection of rental properties in Washington state say they feel trapped due to the eviction moratorium.

Roger Telsey was trying to get his frustrations down on paper on Tuesday. The Gig Harbor retiree said all of his angst stems from a property he owns in Seattle.

Telsey says a couple who moved into his Seattle home in March of last year stopped paying rent in April and he’s out of nearly $30,000. Both the state and the city of Seattle put eviction moratoriums in place at the start of the pandemic.

Telsey says he may also be on the hook for $1,300 in utility bills because it has gone unpaid by the tenants.

"If we didn’t get anything for 3 months that was ok we could deal with it. Now ... I am taking money out of our living expenses every month," Telsey says.

Telsey says it’s unclear what the tenant’s financial situation is because they stopped communicating.

The landlord said he understands times are tough and he was always willing to work out a payment plan.

"We come from poor homes and we worked really hard to get where we are," Telsey said.

The stress of it all is too much that the 78-year-old, who said he's now selling the Seattle home.

"By June I was done. It was affecting us financially, emotionally and, at that point in time, my health," Telsey said. 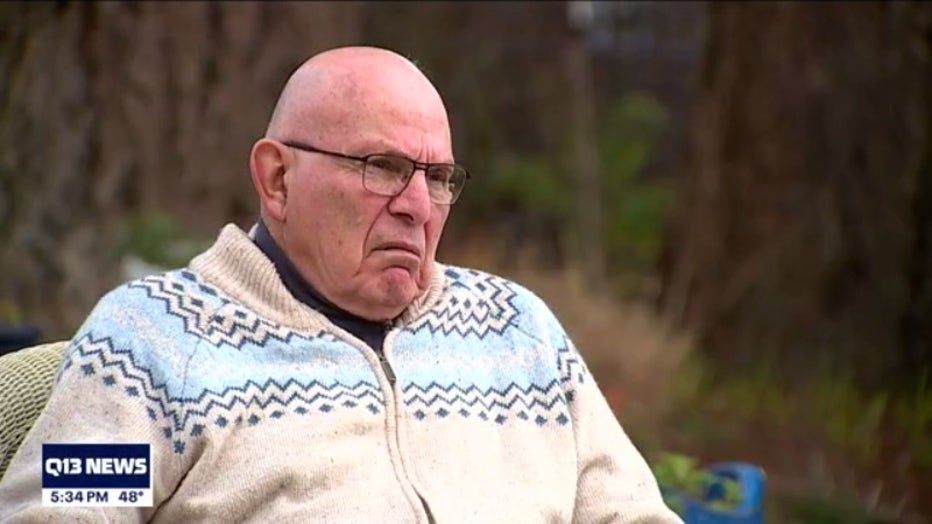 Under the state’s moratorium, evictions are allowed if someone is selling their home but not in the city of Seattle because leaders modified the rules.

"Not allowing any type of real exception except for imminent threat to a neighbor or landlord, safety or health, that’s as strict as they come," Attorney Ethan Blevins said.

Blevins is in the midst of a legal battle against the state and the city of Seattle. He sued over the eviction moratoriums on behalf of other landlords.

Blevins said landlords are all different but are being treated the same.

"The city and state rest on this assumption that landlords are good to go, are flush with cash. That is simply not true," Blevins said.

Blevins said current rules also do not require tenants to provide any evidence that they are facing financial hardships. He said once Mayor Jenny Durkan’s moratorium policy expires, another similar moratorium set by the City Council is set to replace it.

Landlords say judges should be given more discretion to decide each case so the most egregious non-payments can be dealt with. They also say the city of Seattle should provide tax credits to struggling landlords.

"Now I’m really upset because I have the property tax to pay," Telsey said.

Telsey said property taxes just went up on his Seattle property, and he now owes around $4,600.

Q13 News reached out to Durkan's office and Seattle City Councilmembers to see if there is a path forward for small landlords in Telsey’s situation.

They did not respond at the time of the article's publication and the aired story. Q13 News tried but was unable to reach the tenants in this case to get a comment.