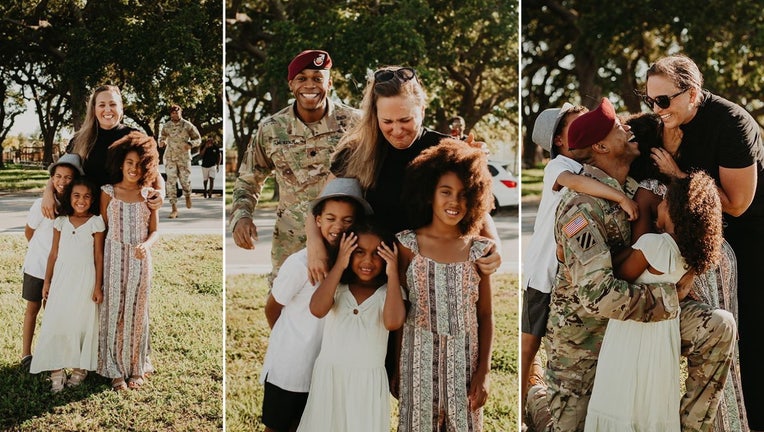 Lt. Col. Simon McKenzie had been deployed to the Middle East for several months, but returned home to Tampa this past weekend.

He and his wife Kristin decided to surprise their three children with his return, and hatched a plan.

Kristin booked a family photoshoot at MacDill Air Force Base with Hannah Sanchez Photography on Sunday.

As she and the kids smiled for their photos, a car pulled up behind them and her husband quietly got out to sneak up behind them.

Several photos showed his progression as he approached in uniform, with a big smile on his face.

The next picture showed the happy reunion, as the family gathered for a big group hug.

"Operation Surprise the Kids was a huge success," Kristin McKenzie wrote on Facebook. "Not a dry eye in the bunch."

All five members of the McKenzie family grinned ear-to-ear as they wrapped their arms around each other.

"What better day than Father's Day for this dad to finally reunite with his family!" Hannah Sanchez Photography wrote. "So many long months, but after being back in the US and quarantining, LTC McKenzie was able to hug and kiss his family again."