On Dec. 30, deputies responded to a report of illegal dumping. But when they arrived, they believed something more nefarious had taken place. They discovered 600 empty Amazon packages dumped on the ground, according to a news release.

Investigators got a warrant for a home in Luther where they found thousands of undelivered Amazon packages. Some of them were still wrapped on pallets inside the home.

Others were stored throughout the home in almost every room — including the storm shelter, deputies said. 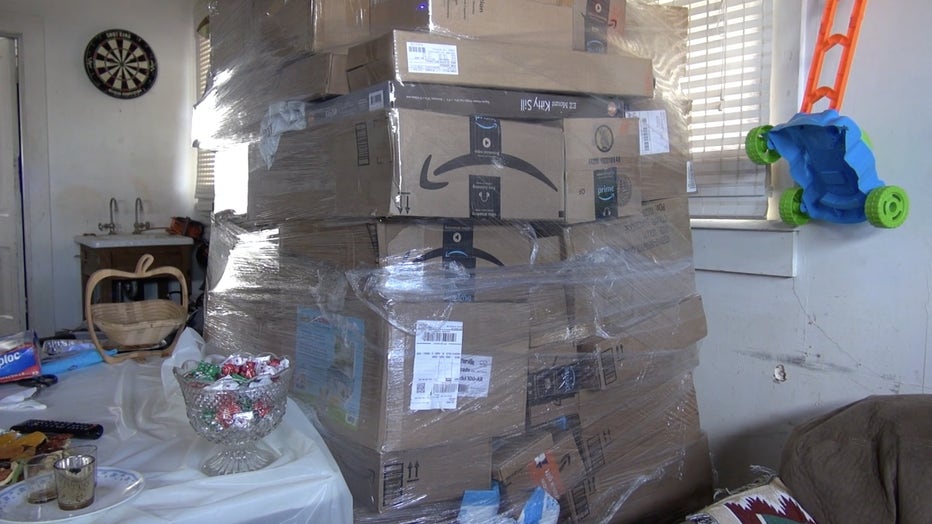 On Dec. 30, deputies responded to a report of illegal dumping. But when they arrived, they believed something more nefarious had taken place. (Source: Oklahoma County Sheriff’s Office)

"Our investigations team and patrol deputies did an amazing job," Sheriff Tommie Johnson III said. "It would have been easy to write this off as an illegal dumping case; but our deputies recognized this was much more serious and contacted investigators. Our investigators quickly identified a suspect and followed through to bring this case to a successful conclusion."

Deputies arrested three suspects in the case. They each face 15 felony counts of possession of stolen property and embezzlement. 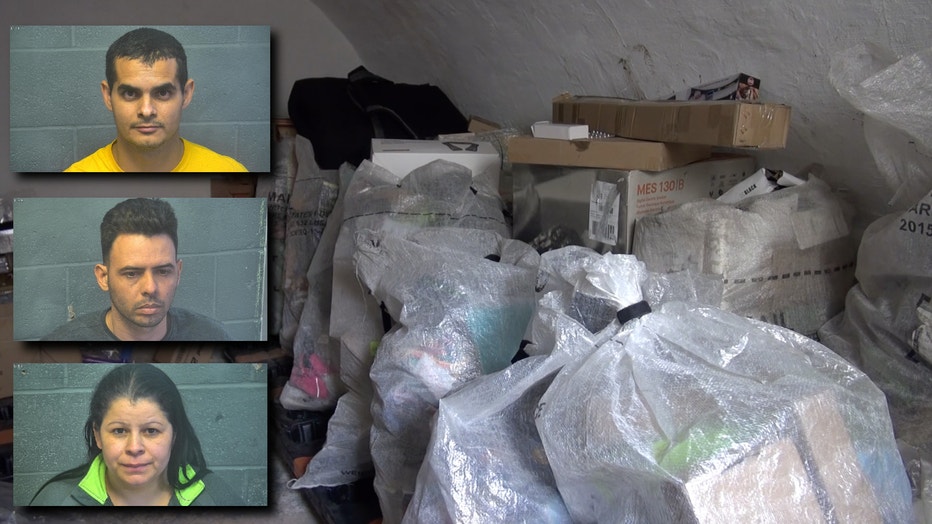 Cesar Yasnier Cerqueira Rojas, an illegal immigrant from Cuba, was working as a third-party driver for Amazon, deputies said. They suspect Rojas of loading extra pallets onto the truck, bringing them to the home and opening them.

Investigators believe Rojas delivered packages using a truck owned by 37-year-old Dinneris Matos Delgado, who is a legal immigrant from Cuba. She also faces a charge for possession of meth.

Deputies are working to verify the identities of Rojas and Laurencio. The suspects provided them with Cuban identification, but investigators question their authenticity.

On Dec. 30, deputies responded to a report of illegal dumping. But when they arrived, they believed something more nefarious had taken place. (Source: Oklahoma County Sheriff’s Office)

In the aftermath of the arrests, the sheriff’s office returned the packages to Amazon to be processed again for delivery.

"We are thankful for the quick investigative work of the Oklahoma County Sheriff’s Office and are committed to taking care of any customers who may have been impacted by this criminal activity. Customers missing packages are encouraged to report any delays to Amazon customer service so we can work quickly to make it right," said Kelly Nantel, Amazon spokesperson.