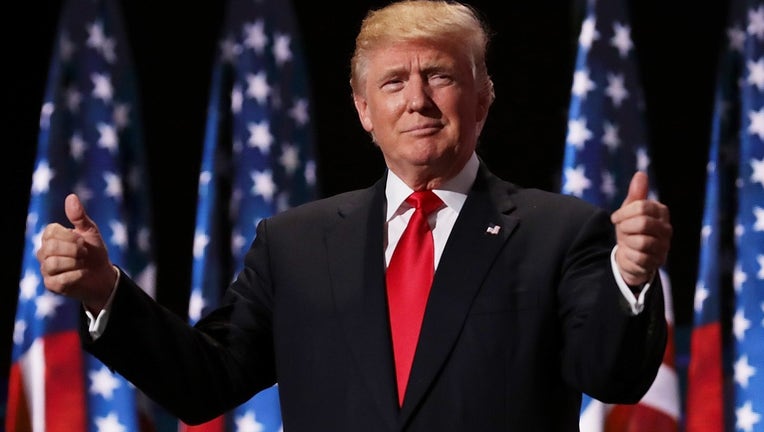 WASHINGTON (AP) - President Donald Trump loves to recount how his 2016 campaign defied expectations to pierce the vaunted Democratic "blue wall." For 2020, he's looking to do one better.

As his re-election campaign kicks into high gear, it's exploring opportunities to contest states he lost in 2016, aiming to keep divided Democrats on the defensive.

Trump on Monday visits one of those states, Minnesota, where he lost to Hillary Clinton by fewer than 45,000 votes in 2016. The campaign also is targeting New Mexico, Nevada, and New Hampshire, all states where Trump fell short by under 100,000 votes.

The tax day visit to Minnesota is meant to highlight the effect of Trump's signature legislative accomplishment, the 2017 tax overhaul, in a historically Democratic-leaning state that appears to offering Republicans hope.

"We see trends in the state that we like," said senior campaign adviser Bill Stepien. "We like what we see on the ground. We like the energy we're seeing."

In 1984, Minnesota was the only state carried by Democratic nominee Walter Mondale, a former Minnesota senator, against President Ronald Reagan. Over the past several presidential elections Minnesota has grown increasingly competitive, particularly as Trump's rise coincided with a realignment of many white-working class voters to the GOP. And in an otherwise bleak 2018 for the GOP, Trump helped flip two congressional seats to Republicans.

With record fundraising for this stage in a presidential cycle, both the Trump campaign and the Republican National Committee are largely unrestrained financially, allowing them to make riskier investments in states won by Clinton. All the target states, except for Nevada, also have Senate races in 2020, a factor that the party believes will provide extra return.

Any early spending could pay dividends for the GOP in 2020, even if those efforts aren't successful, forcing Democrats opponents to expend precious resources later in the campaign cycle to defend what should be safer Democratic states.

The Minnesota visit marks Trump's third to the state since taking office. His first two were political trips to help put two Republican congressional candidates, Jim Hagedorn and Pete Stauber, over the top in 2018.

The focus on Minnesota and Trump's other near-misses come as there is mounting concern within the Democratic Party that its heavily contested primary is providing Trump with an opportunity to reinforce his political position with little in the way of organized opposition.

"Trump and the RNC are hell-bent on expanding on the list of states Trump won in 2016 by targeting states like Minnesota, New Hampshire, New Mexico, and Nevada, and they're counting on early money to build a formidable ground game to make it happen," said a recent Democratic National Committee fundraising email.

Stephen Stepanek, chairman of the New Hampshire GOP, silenced the room at the party's recent spring fundraiser, keynoted by the president's daughter-in-law Lara Trump, when he said the Democrats have "out-organized us. Outraised us. And quite frankly, we have to do a better job."

"We are in a war right now," he said. Trump lost the state by fewer than 3,000 votes and the GOP recently placed five staffers in the state ahead of 2020.

To date, early Democratic investments have been focused on shoring up the "blue wall" of Wisconsin, Pennsylvania and Michigan. Until 2016, they had been solidly Democratic for two decades. All three states saw Democratic gains in 2018 that the party believes indicate they are ripe for returning to the fold in 2020.

The Trump campaign is also eyeing the fallout of a political scandal among Democratic leaders in Virginia to determine whether there's an opening in the state. But it acknowledges that the heavy concentration of federal workers in the northern part of the state makes it a more challenging opportunity.

The Democratic super PAC Priorities USA has announced a $100 million campaign in Wisconsin, Michigan, Pennsylvania and Florida, all states that Trump carried. Its publicly announced "phase two" plans include a focus on Trump's narrow-loss states of Nevada and New Hampshire.

Trump's team still believes his likeliest path to the 270 electoral votes needed to win the presidency means re-running the 2016 map. But it is exploring other permutations.

"We're casting a wide net and looking for opportunities to grow the map," said Stepien.