Trump hits back after Trudeau appears to mock him in video

LONDON - President Trump slammed Canadian Prime Minister Justin Trudeau on Wednesday as "two-faced" after video surfaced of some of the world's top leaders at the NATO summit in London appearing to laugh at his expense.

Asked about the video during a bilateral meeting with German Chancellor Angela Merkel, Trump said of Trudeau, “he’s two-faced.”

Trump then abruptly canceled a planned news conference with reporters in London.

"When today’s meetings are over, I will be heading back to Washington," Trump tweeted. "We won’t be doing a press conference at the close of NATO because we did so many over the past two days. Safe travels to all!"

In a video shared by the Canadian Broadcasting Company (CBC), Trudeau, British Prime Minister Boris Johnson, and French President Emmanuel Macron are seen with others, including Princess Anne, having a conversation at a reception at the Buckingham Palace about a press conference earlier in the day.

Trump had made an impromptu conference and weighed in on the ongoing impeachment inquiry as well as the fiery exchange he had with Macron over France not taking back any ISIS fighters.

"Is that why you were late?" Boris smirked to Macron.

"He was late because he takes a 40-minute press conference off the top — 'Oh, ya, ya ya,'" Trudeau said, later adding, "You just watched his team's jaws drop to the floor."

The video went viral on social media, many assuming the world leaders were talking about Trump.

"This happens at every NATO summit with Trump. Every G7. Every G20. The US President is mocked by US allies behind his back," political commentator Ian Bremmer wrote. 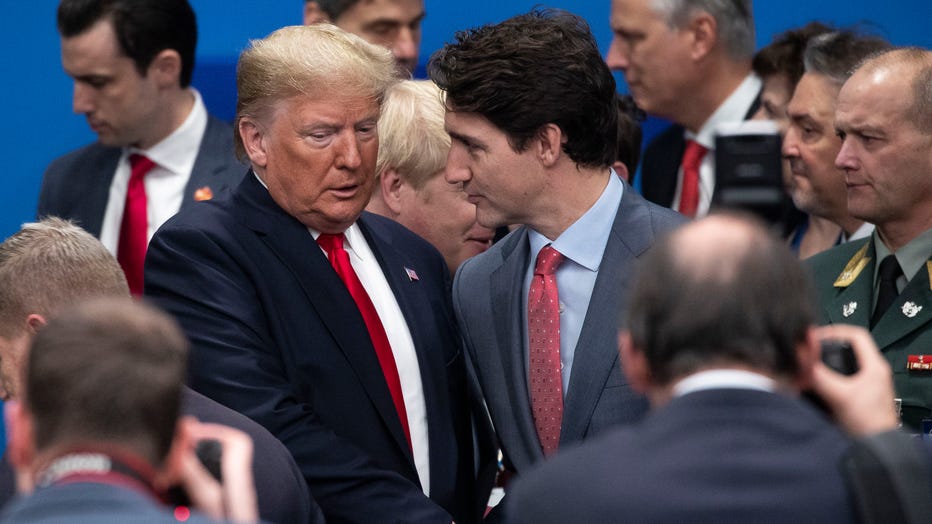 “I have not spoken to the president about that — would you like some nice ISIS fighters?” he asked Macron, when asked about ISIS fighters from Europe captured in Syria. “I can give them to you, you can take every one you want.”

After Macron’s answer, in which he urged Trump to “be serious” and called for a broader push against ISIS overall, Trump took another swipe.

“This is why he’s a great politician, because that’s one of the greatest non-answers I’ve ever heard,” Trump joked.