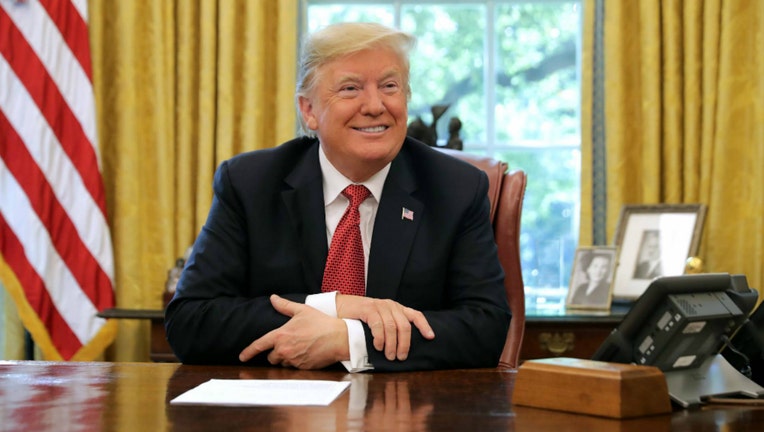 FOX BUSINESS - President Trump said his administration and the Republican Party are working to introduce a major tax cut for middle-class Americans around the beginning of November.

"We're looking at putting in a very major tax cut for middle-income people," Trump said Saturday after a rally in Nevada. "And if we do that, it'll be sometime just prior, I would say, to November. A major tax cut."

Trump added that while the previous tax cuts benefited both the middle class and businesses, the next plan would focus solely on helping middle-income Americans.

He said both House Ways and Means Committee Chair Rep. Kevin Brady, R-Texas, and House Speaker Paul Ryan, R-Wisc., were working on it.

FOX Business has a request in to the White House for more details. However, it should be noted that Congress will not be in session until after the midterm elections.

The House of Representatives voted to advance a new tax package in September. That bill, known as Tax Cuts 2.0, would make some parts of the initial round of tax cuts -- known as the Tax Cuts and Jobs Act of 2017 -- permanent, introduce a number of provisions to help Americans save more and expand tax breaks for startup businesses. Republican congressional leadership expressed doubt that bill would pass before the midterms because it was unlikely to win any Democratic votes in the Senate.

The Trump administration signed a major overhaul to the U.S. tax code at the end of last year, which has become a point of contention as the midterm elections approach. Critics say the 2017 tax overhaul has only benefited corporations and the wealthy and also increased the federal budget deficit.

Sen. Kamala Harris, D-Calif., introduced legislation last week that aimed to repeal parts of the Tax Cuts and Jobs Act in order to pay for refundable tax credits for working-class Americans. Her bill would provide families with a refundable tax credit for as much as $6,000 per year, or $500 per month, to live on.

Harris positioned her proposal in opposition to the Republicans' tax cuts - which she said are "tax breaks for the top 1 [percent] and corporations."