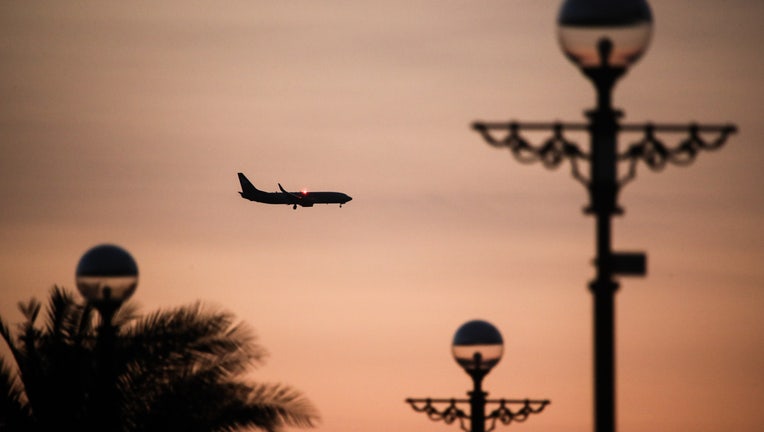 SOCHI, RUSSIA - JULY 10, 2020: A plane flies over the city at sunset. (Photo by Dmitry FeoktistovTASS via Getty Images)

On any other year, people would be planning their summer vacations and getaways, but this year is obviously different.

The American Automobile Association says this is actually the first time in a very long time that they have actually seen a decrease in summer travel.

"If there was going to be any year of the roadtrip, it's going to be this year," said AAA spokesperson Aldo Vazquez. "AAA's latest forecast is showing over 700 million Americans will be taking summer travel plans this year, and that's going to be down 15-percent from last year - We're going to see drops across the board."

Vazquez says this will be the first summer since the great recession that they've seen such a steep decline in summer travel.

"Air travel is going to be down 74 percent, and all other modes of transportation - planes, trains, cruise ships - will see an 86 percent decrease from last year," explained Vazquez.

However, this doesn't mean that people aren't going anywhere.

"AAA's latest booking trends are showing people are taking a methodical and more spur-of-the-moment approach when it comes to making their summer travel plans," said Vazquez. "People are paying attention, and they're waiting to see when they're going to be heading out -- so they're going to be doing those last minute trips rather than those long extended stays."

If you are planning on taking a roadtrip this summer, however, there is some good news.

"Gas prices will be lower than they have been in the past couple of years," said Vazquez. "We're expecting to see gas prices decrease by about 15 percent compared to last year."

Vazquez says many people are choosing to explore smaller towns and cities, rather than going to popular summer tourist locations like Orlando, Florida.