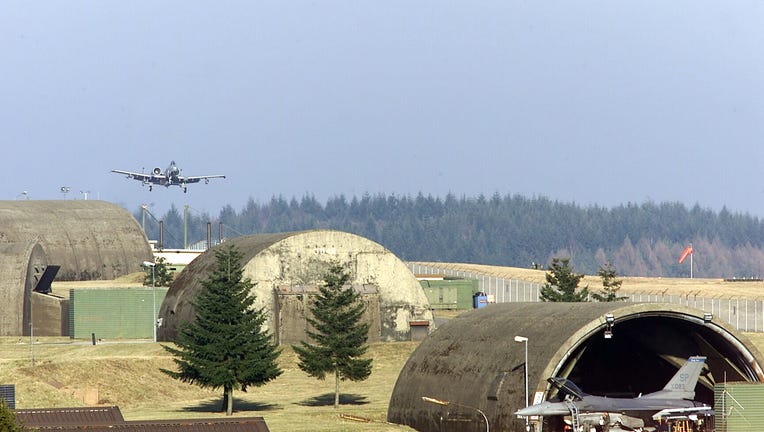 SPANGDALEM AIR BASE, GERMANY - FEBRUARY 25: An A-10 Thunderbolt II from the 81st Fighter Squadron, 52nd Fighter Wing, flies familiarization flights down the NATO parallel runway in preparation for the changes to take effect due to the Rhein Main Tran

BERLIN - The U.S. Air Force said Monday it is investigating the cause of death of two servicemen who died at a base in Germany last week.

“The cause of the death is still under investigation,” said Valerie Seeley, an Air Force spokeswoman. “More information will be released as it becomes available.”

She said no other base members were in the dormitory room and neither airman had roommates.

In a statement Sunday, base commander Col. David Epperson expressed his condolences to “the friends and families that have been affected by this tragedy.”