President Joe Biden spoke about the November 2021 jobs report, which showed U.S. employers slowed the pace of their hiring in November, adding 210,000 jobs, during remarks on Dec. 3, 2021, at the White House.

WASHINGTON - The number of Americans applying for unemployment benefits plunged last week to the lowest level in 52 years, more evidence that the U.S. job market is recovering from last year's coronavirus recession.

Unemployment claims dropped by 43,000 to 184,000 last week, the lowest since September 1969, the Labor Department said Thursday. The four-week moving average, which smooths out week-to-week ups and downs, fell below 219,000, lowest since the pandemic hit the United States hard in March 2020.

Still, Stanley said in a research note that "the underlying trend remains downward and should be lower than it was prior to the pandemic ... The unfilled demand for workers is much larger than it was then and layoffs appear to be noticeably lower.'' 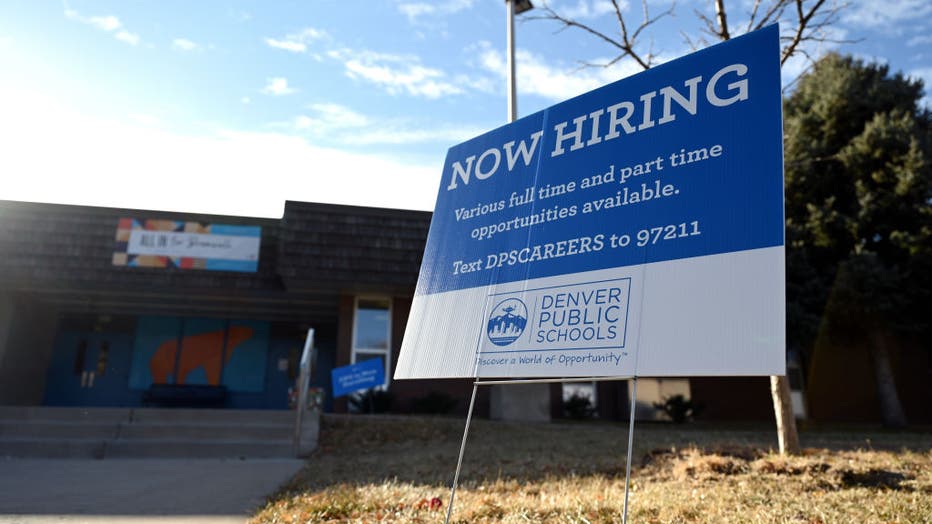 Weekly claims, which are a proxy for layoffs, have fallen steadily most of the year since topping 900,000 one week in early January. They are now below to the 220,000-a-week level typical before the coronavirus pandemic slammed the U.S. economy in March 2020; COVID-19 forced consumers to stay home as health precaution and businesses to close or reduce hours and to lay off staff. In March and April last year, employers shed a staggering 22.4 million jobs.

Massive government aid and the rollout of vaccines helped revive the economy and the job market by giving Americans the confidence and financial wherewithal to go on a shopping spree, often online, for goods such as lawn furniture and coffee makers. Since April last year, the United States has regained nearly 18.5 million jobs. But the economy is still 3.9 million jobs short of where it stood in February 2020 and the prospects for the economy remain vulnerable to COVID variants such as omicron.

The Labor Department reported last week that employers added a disappointing 210,000 jobs last month. But the report also showed that the unemployment rate dropped to a pandemic low of 4.2% from 4.6% in October.

And the department reported Wednesday that employers posted a near-record 11 million job openings in October. It also said that 4.2 million people quit their jobs — just off the September record of 4.4 million — a sign that they are confident enough in their prospects to look for something better.

Until Sept. 6, the federal government had supplemented state unemployment insurance programs by paying an extra payment of $300 a week and extending benefits to gig workers and to those who were out of work for six months or more. Including the federal programs, the number of Americans receiving some form of jobless aid peaked at more than 33 million in June 2020.