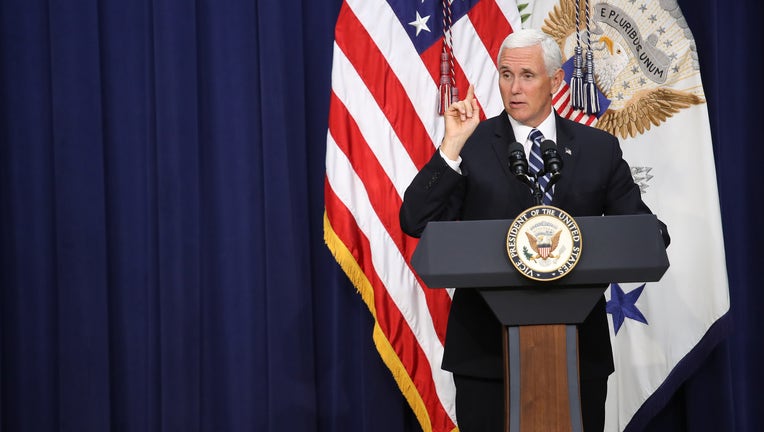 Pence will be in Phoenix on Wednesday to celebrate Republican Sen. Martha McSally at a reception.

On Thursday, he will take part in a roundtable discussion with Hispanic leaders at a Scottsdale church.

After that, Pence is scheduled to give remarks on the United States-Mexico-Canada trade agreement down south in Green Valley.

He will travel back to Washington, D.C. on Thursday evening.

The vice president visited Arizona in March to tout President Donald Trump's border emergency declaration to free up money to build a wall.

Pence singled out McSally and Democratic Sen. Kyrsten Sinema to support the declaration.

McSally came out in support of it. Sinema, however, backed a House-approved resolution to oppose the declaration.