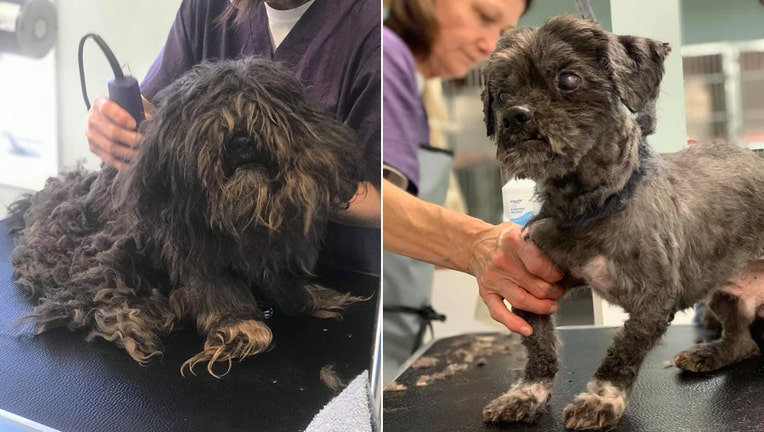 VIRGINIA BEACH. Va. - An animal shelter in Virginia Beach, Virginia, gave one of its newest residents a much-needed makeover after it came to them with nearly nine pounds of matted fur.

According to the post, nearly nine pounds of matted fur was shaved off Master Roshi. Staff said it took over three hours to groom the dog.

Once Master Roshi was groomed, staff found he was blind, deaf and had trouble walking.

Speaking to WTKR, the director of Hope for Life, Paulina Cushman, said a woman dropped off the dog in a box, but refused to provide any information.

“That didn’t happen overnight and it didn’t happen in a short few months. It’s probably been well over a year or two for him to get that bad,” she said.

Cushman said it would be determined whether Master Roshi would be available for adoption after some blood tests are returned.