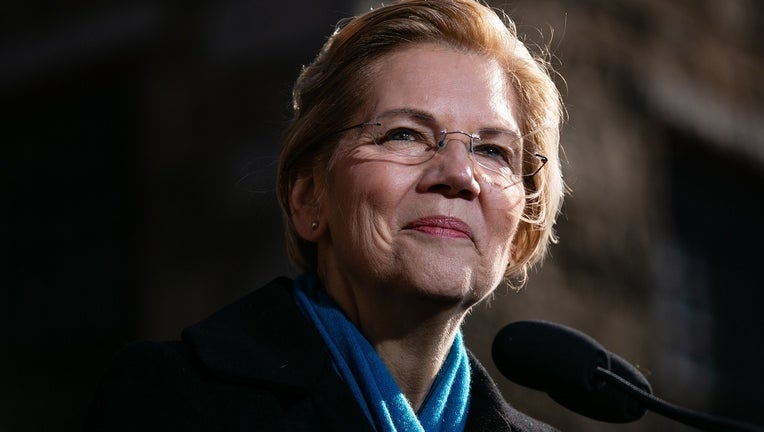 TEMPE, Ariz. (AP) - Democratic candidate Elizabeth Warren called Thursday for big changes in U.S. immigration policy before some 3,000 supporters in her first visit of the 2020 presidential campaign to the traditionally Republican border state of Arizona.

Warren said Thursday "immigration makes America stronger" and the U.S. must expand legal immigration and provide a path to citizenship in a state often at the center of the debate. Hispanics make up about 30% of the population in Arizona and over 40% in Phoenix.

Warren said the U.S. needs to not only help young immigrants who were brought to this country when they were small, but those who are older, people who came for farming work, and others who overstayed their visas.

"We need to bring them out of the shadows," she said. "We are going to end this ugliness at the border. We need to live our values and that means no more breaking families up, no more taking children from their families."

Warren also issued a warning to people in the government who illegally mistreat migrants, saying, "While President Trump might be willing to look the other way, President Warren will not."

Aside from a shout of "Arizona blue!" during the event outside Phoenix, the U.S. senator from Massachusetts didn't say how Arizona's changing voting patterns and demographics could affect the 2020 presidential contest.

Analysts at the time said the key to maintaining the Democratic momentum could be keeping party registration up and voter turnout high. Nearly 65% of Arizona voters cast ballots in November's election.

While Arizona's Mexican Americans historically haven't registered and turned out in large numbers, some analysts believe young Hispanics could reverse that trend.