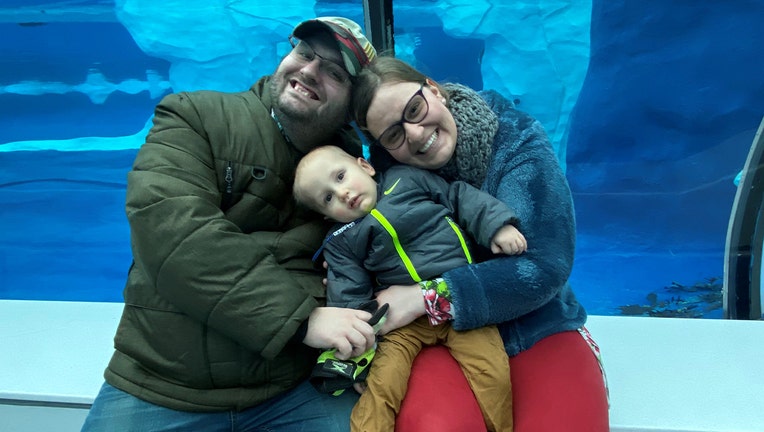 HARRISON TWSP, Mich. - Gabe Crowe learned to walk in the hospital. He learned to talk and eat there too.

Since his initial leukemia diagnosis at 9 months old, Gabe has spent a large part of his childhood enclosed in mute white walls, surrounded by health monitors and hospital screens. That includes almost half of the last 14 months and most of November.

Gabe's treatments for lymphoblastic leukemia haven't worked and he's relapsed three times. On Thanksgiving, his parents made the decision it was time to shift course and start focusing on Gabe's quality of life for the time he has left.

Michigan toddler with leukemia has bucket list to fulfill

So while Gabe may have taken his first steps in the hospital, his parents intend for him to "find the joy" outside of it.

"We are weighing the options to determine if the trauma of treatments going forward will outweigh the utility," said his mom Melissa. "We don't want him to be unnecessarily traumatized for little gain. Right now, he'll be getting some treatment that will keep him feeling good. He hasn't been able to live his life fully before now, so we're ready to do that."

Up until last week, Melissa said everything has been incredibly complicated and intense and all over the place. Gabe's progression through treatment was never going to be simple, but even following the proper steps, the 1-year-old's path was further complicated by the cancer's persistence.

However, the Crowes are now facing a simpler set of instructions: complete Gabe's bucket list. 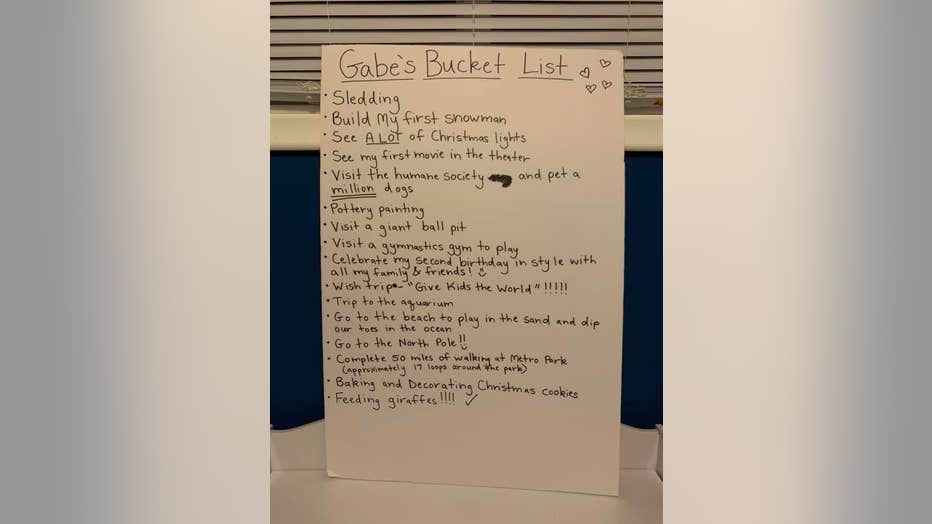 Gabe loves dogs, so the Crowes are going to "Visit the Humane Society and pet a million dogs." Gabe will throw, kick and play with any ball, so he's going to "visit a giant ball pit." And of course, he still has his second birthday to celebrate - one he'll do "in style with all my family and friends."

"He's never had many real childhood memories," Melissa said. "We're trying to give him experiences that any normal kid would be able to get."

The Crowes have several trips planned too, including Gabe's Wish Trip in mid-January. Put together by Rainbow Connection, which schedules trips for chronically and terminally ill children and their families, Gabe will celebrate some time at "Give Kids the World" in Orlando at Disney and Legoland. He'll go to the beach and dip his toes in the ocean.

"It's supposed to be so over the top and amazing," said Melissa.

But if you think the fun stops there, you don't know the Crowes.

And they aren't waiting. On Monday, Melissa shared a post on their Facebook page dedicated to Gabriel's Gladiators about their son's trip to see polar bears swim and giraffes feed. It was one of their best family days to date. 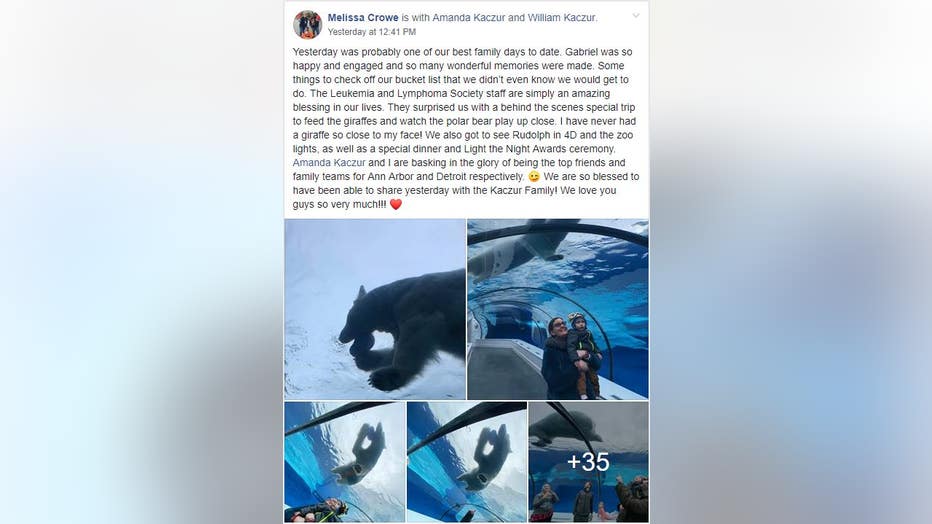 "As a mom, I haven't gotten to see that in a long time since he's been through so much," Melissa said. "I don't get to see the joy in his eyes a lot."

Gabe still has visits to the hospital he'll have to make. Instead of treatments meant to cure his disease, he'll now be receiving concurrent care, which is meant to keep his leukemia at bay for as long as it can. He'll also receive some help that ensures he feels good while out of the hospital.

Up until the Crowe's decision, Melissa notes the outpouring of support has kept her and her husband going. Old acquaintances have reached out in support, while new friends have been made during Gabe's treatment. A Gofundme has been set up that's almost hit its $20,000 goal to cover medical bills for three months. His family has also established a raffle that is nearing its own goal as well.

You can visit their Facebook Page Gabriel's Gladiators to learn more about how to enter the raffle.

"I always tell people this is one of the worst situations I could ever be in. But there's so much good that's come out of it. We're trying out best, which could be one of our darkest times in our lives, but there is so much joy and we try to find the joy every day."