An Arizona woman recounts the scary moment where a man flashed a gun at her and was flipping her off. They both got off at the same exit and he began banging his gun on her car window.

Imagine driving down the highway and suddenly, a driver starts flashing a gun and flipping you off. That’s exactly what happened to a woman on July 11.

Now, authorities need your help in identifying the suspect.

“This car passing four lanes ... this white car, and I was like what the hell is that?” Piper Bucher explained. She experienced this scary incident as she drove down US-60.

The unknown man, who DPS officials confirm is the suspect in the incident, was driving recklessly, weaving through traffic.

“I get over and then, the Ford Fusion near me, we kind of are like where did this guy go? And he swerves around the both of us and he matches my speed, and I look over and he’s holding this big black gun pointing right at me,” Bucher said.

At one point, she grabs her phone. 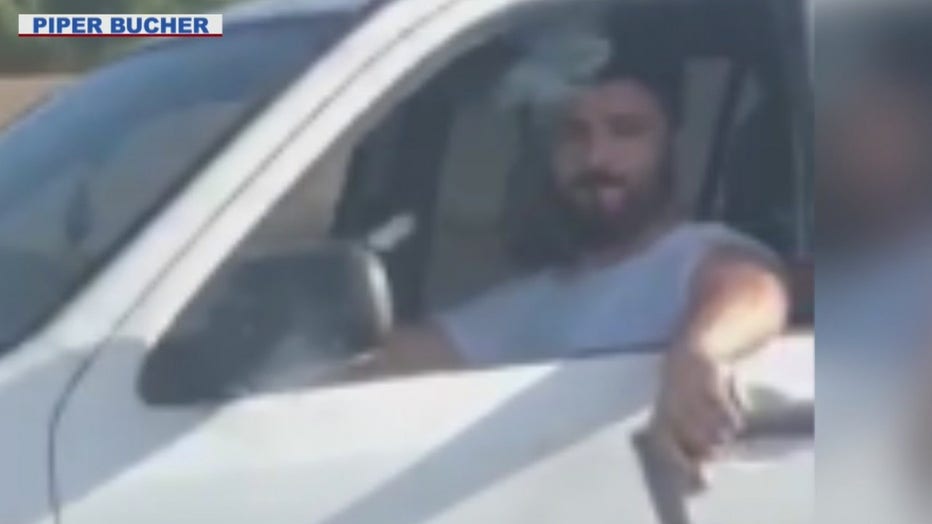 “He’s next to me, flipping me off and pumping his gun over the window, and in my head, I’m like, 'What is going on?'” Bucher explained.

Eventually, they both got off at the same exit on Alma School Road. That’s when things got scarier.

“At the red light, he got out of his car and came to my car and was banging on the window and was like, ‘You have something to say?’” Bucher recounted.

He was, “Calling me names and hitting my window and saying I will put a bullet through your head," she added.

The incident is still under investigation.

DPS says the reason investigators can't search for the vehicle owner by the license plate No. is that registration hasn't been updated and the original owner says they sold the car two months ago.

Anyone with information should call the Department of Public Safety at 602-223-2000.