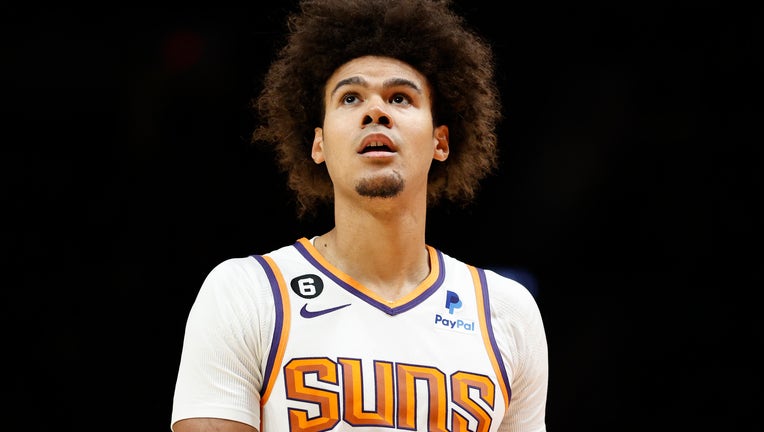 PORTLAND, OREGON - OCTOBER 21: Cameron Johnson #23 of the Phoenix Suns looks on during the second quarter against the Portland Trail Blazers at Moda Center on October 21, 2022 in Portland, Oregon.

Coach Monty Williams did not comment on the extent of the injury on Saturday before the team's game against the Trail Blazers. The Athletic reported that the Suns fear Johnson has a torn meniscus, but more tests are scheduled.

Johnson suffered the injury on Friday in the first quarter when he landed awkwardly while trying to plant his foot and run the other direction.

He immediately started limping and came out of the game shortly afterwards.

"He's a starter for us, so that's always a tough blow," Williams said. "That happens throughout the season. You just have to make your adjustments."

Johnson has been a key contributor over the past few years and moved into a starting role this season. He's averaging a career-high 13 points and scored a season-best 29 points earlier this week in a win over the Timberwolves.

Johnson is in the final year of his rookie contract after failing to sign a long-term extension before the season. The Suns' ownership situation is in flux after Robert Sarver announced he would explore selling the team following his one-year suspension by the NBA over workplace misconduct that included racist speech and hostile behavior toward employees.