Devin Booker and Mikal Bridges each had 20 points to help Western Conference-leading Phoenix win for the seventh time in eight games.

Jalen Green scored 30 points to jolt the Houston Rockets’ offense and even managed to slow down the scorching Devin Booker — at least a little. The result was a stunning 122-121 victory over the Phoenix Suns that featured a 16-point comeback in the second half.

Booker scored a season-high 51 points in just three quarters, Deandre Ayton had 30 points and 14 rebounds and Phoenix stretched its winning streak to six games with a 132-113 victory Wednesday night.

Deandre Ayton added 17 points and 12 rebounds for his ninth double-double of the season for Phoenix, which has won six of seven. 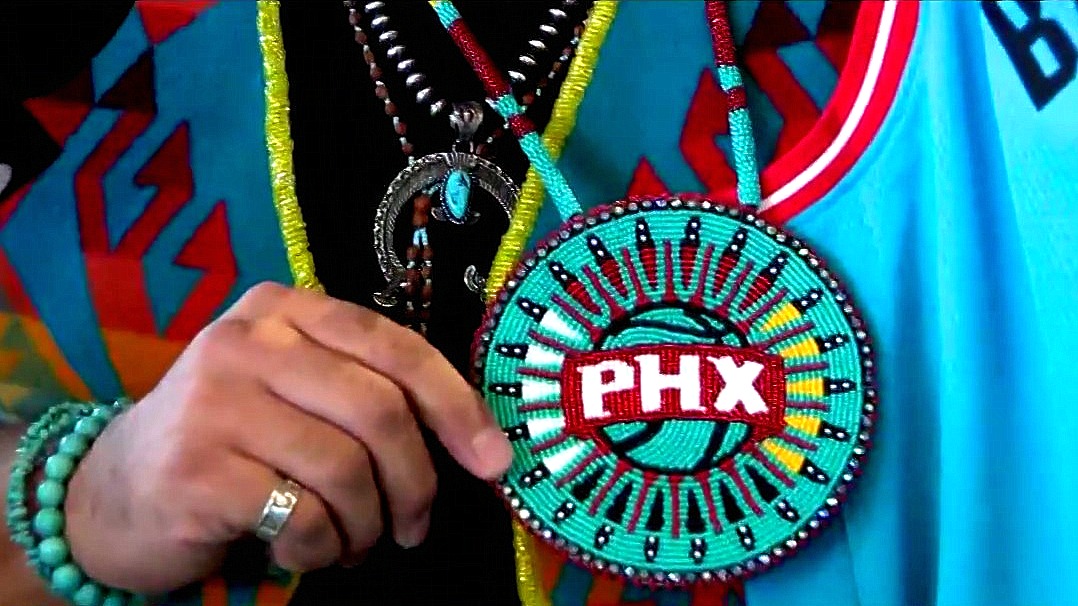 The Suns controlled most of the game despite Curry’s scoring. The eight-time All-Star made 17 of 28 shots, going 7 of 11 from 3-point range.

Bam Adebayo scored 30 points, including a pair of go-ahead free throws with 35 seconds left, and Butler’s block was part of a frantic finish as the Heat rallied from a 13-point, fourth-quarter deficit to beat the Phoenix Suns 113-112 on Monday night.

The Phoenix Suns say they worked with the Inter-Tribal Council of Arizona and the Navajo Nation during the development process of their 2022-23 City Edition uniform.

Cameron Payne scored 23 while starting in place of Paul. Landry Shamet had 16 off the bench for Phoenix, which had lost two of three.

The Phoenix Suns got beat in dramatic fashion by the Portland Trail Blazers on Friday night. In response, they made sure there was zero doubt about Saturday’s outcome.

Cam Johnson suffered the injury on Friday in the first quarter when he landed awkwardly while trying to plant his foot and run the other direction.

Jerami Grant hit a 13-foot baseline jumper at the buzzer after a great in-bounds pass from Justise Winslow to lift the short-handed Trail Blazers over the Phoenix Suns 108-106 on Friday night.

"I didn't know I was in the market, and by the way neither did Michelle, but I will say this, the Suns are looking pretty good," Barack Obama said. "I gotta admit that. I think they have a few more wins than my Bulls right now."

Booker might not feel like he’s in his prime, but the numbers say he’s among the league’s elite. He’s averaging more than 29 points through six games and shooting 52% from the field.