Dallas broke through on the road after the home team won the first six games of the series, dominating in a hostile environment from start to finish. Conversely, it was an embarrassing no-show for the playoff-tested Suns — who advanced to the NBA Finals last season with a very similar roster.

PHOENIX - Phoenix Suns star Chris Paul made at least one thing clear following the team’s blowout loss in Game 7 of their Western Conference semifinals series against the Dallas Mavericks.

He’s not walking off into the sunset just yet.

The veteran point guard, who is arguably among the greatest at his position all-time, had 10 points and four assists in 31 minutes in the 123-90 loss. He was reportedly hampered by an injury during the series.

"They said that last year. They probably said it back in ’08," Paul said after the game when he was asked if Phoenix was the best place for him to win a title.

"You know, you play long enough and you don’t win, every time you lose they’re gonna say it was your best chance, but I think for me, us, is we’ll be right back next year, tell you that much. I’m not retiring tomorrow."

The Mavericks had a game plan in place to get to the point guard.

Spencer Dinwiddie, who scored 30 points off the bench for Dallas, told Yahoo Sports about the plan.

"We put CP into actions, we had a stifling defense. When somebody says choking, it’s like they froze. I’m never gonna say that about a team that’s competing. But it’s inevitable. I think they started getting out of character. They thought they’d try to shoot threes and get back. Remember, we’d been up in this building and then we folded," he said.

Paul was as close as ever to winning his first NBA championship last season when Phoenix made the Finals, but lost to the Milwaukee Bucks.

With the loss on Sunday, Paul made some dubious history. He became the first player in NBA history to be on a team in which they’ve blown a 2-0 series lead five times. He did in 2008 when he was with the New Orleans Hornets, in 2013 and 2016 with the Los Angeles Clippers and last year and this year with the Suns.

Paul is still under contract with the Suns next season. He’s owed $28.4 million, according to Spotrac. 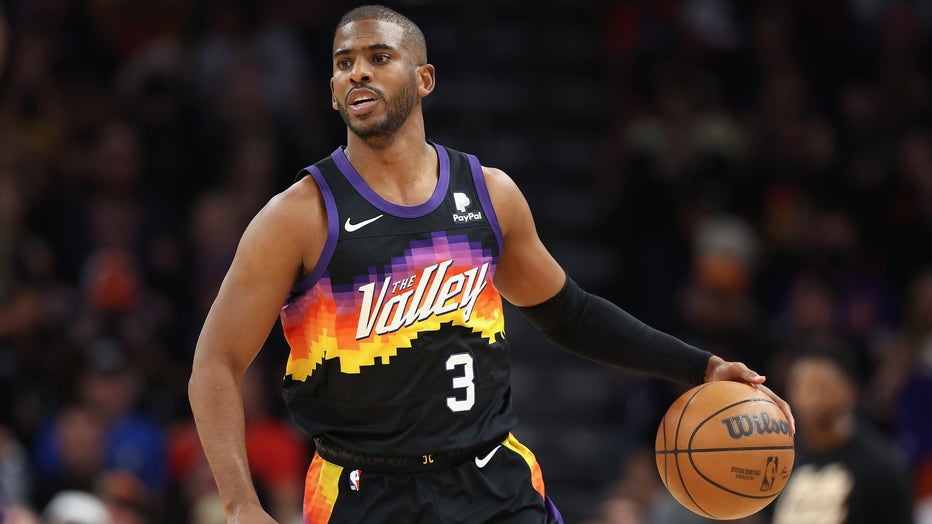 PHOENIX, ARIZONA - MAY 15: Chris Paul #3 of the Phoenix Suns handles the ball during the first half of Game Seven of the Western Conference Second Round NBA Playoffs at Footprint Center on May 15, 2022 in Phoenix, Arizona. (Photo by Christian Peterse