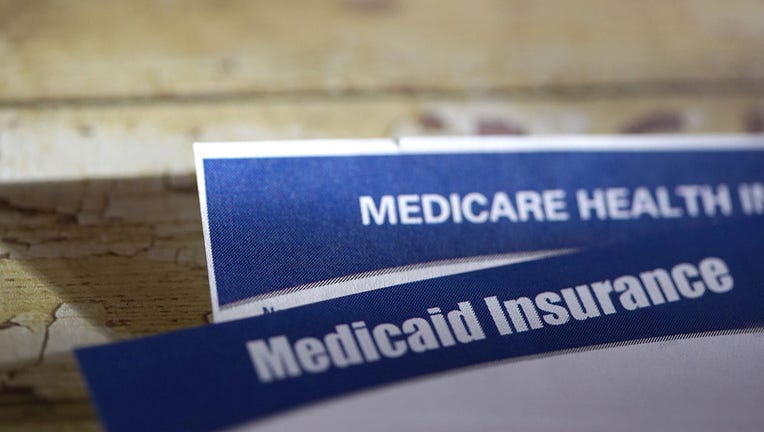 Millions of Americans could soon lose their Medicaid eligibility after the public health emergency in the U.S. expires. (iStock)

The federal government’s health emergency declaration is set to expire in January, which could cause up to 15 million Americans — including 6 million children — to lose Medicaid coverage, according to a new analysis from the Urban Institute.

The U.S. public health emergency declared on April 21, 2020, by former Secretary of the Department of Health and Human Services Alex Azar is set to expire on Jan. 15, 2022. At this time, the Families First Coronavirus Response Act, which was signed by former President Donald Trump in March 2020 and prevents states from removing Medicaid recipients during a public health emergency, will no longer apply.

In its report, the Urban Institute noted increased Medicaid enrollment amid the COVID-19 pandemic.

"The higher enrollment is driven by two main causes: the unprecedented pandemic-related job losses concentrated in March to June of 2020 and the continuous coverage requirement of the Families First Coronavirus Response Act, which prohibits state Medicaid agencies from disenrolling beneficiaries during the public health emergency (PHE)," Urban Institute said.

If you are struggling financially and could soon lose Medicaid eligibility, you can prepare by cutting back on your monthly expenses. A personal loan could help you consolidate high-interest debt. If you're interested, you can visit Credible to find your personalized rate without affecting your credit score.

LENDING TO BORROWERS WITH LOW CREDIT SCORES COULD INCREASE IN 2022, TRANSUNION FORECASTS

Other health care options are available

While many Americans could soon lose their Medicaid eligibility, the Urban Institute pointed out that there are many other health care options available to them, such as the Children’s Health Insurance Program (CHIP), marketplace premium tax credits (PTCs) and employer coverage.

"Of the children losing Medicaid, 57% would be eligible for the Children’s Health Insurance Program (CHIP), and an additional 9% would be eligible for Marketplace coverage with tax credits," the report continues. "Thus, good coordination between state Marketplaces and Medicaid agencies is essential to reduce unnecessary losses of health coverage."

But while other options will be available, insurance premiums could end up being much more expensive.

"Nearly all of the remainder would have access to health coverage through a family member’s employer," the Urban Institute said in its report. "But these alternative sources of coverage – particularly employer coverage – would likely cost the affected families much more than Medicaid."

If you are at risk of losing Medicaid eligibility in January and need financial assistance, you could consider taking out a personal loan to help pay down your debt. Visit Credible to compare multiple lenders at once and choose the one with the best interest rate for you.

The Urban Institute explained that Medicaid enrollment exploded in 2021. By the end of the year, 17 million more nonelderly people are expected to be enrolled in the program than at the start of the COVID-19 pandemic.

However, enrollment is expected to return to normal levels in 2022. And with the expiration of the public health emergency declaration, up to 15 million people will become ineligible in the first six months of next year.

"CMS could also improve this transition by encouraging states to continue measures taken during the pandemic to streamline eligibility processing and enhance continuity of coverage," the Urban Institute said. "Congress also has a role. Extending the enhanced [Federal Medical Assistance Percentage] FMAP through the transition period to normal eligibility would remove a major incentive for states to cut enrollment quickly and would facilitate a smoother transition both for beneficiaries and state governments.

"Also, making enhanced Marketplace PTCs in the ARPA permanent would make many of those losing Medicaid coverage after the PHE eligible for assistance," it continued. "Decisions made during the remainder of this year can improve continuity of care for Medicaid enrollees and the stability of state finances during 2022."

If you are going to lose Medicaid coverage soon and want to begin saving money, contact Credible to speak to a loan expert and get all of your questions answered.