Who is Louis DeJoy?

The embattled leader of the U.S. Postal Service is the first postmaster general in nearly two decades who is not a career postal employee.

Twenty attorneys general have filed an administrative complaint against the United States Postal Service seeking to block its 10-year strategic plan back, which was announced in March, that would permanently slow delivery standards for first-class mail nationwide, according to a statement released on Thursday by California Attorney General Rob Bonta.

"Specifically, the administrative complaint alleges that USPS’ current piecemeal approach to introducing sweeping changes to national delivery standards violates federal law, failing to provide the U.S. Postal Regulatory Commission (PRC) — as well as the coalition of states — an opportunity to review the plan in its entirety," the statement continued.

"These unlawful, haphazard attacks on our mail are straight out of the Trump playbook," said Bonta. "With little regard for the process or the consequences, these proposals threaten to put our democracy and our people at risk. Americans from all across the spectrum rely on the U.S. Postal Service for their medication, paychecks, and election mail. If you’re going to make sweeping changes to national delivery standards, you have to do it right. This effort doesn’t make the cut. It’s time to put a stop to Postmaster DeJoy’s flawed attempts to slow our mail." 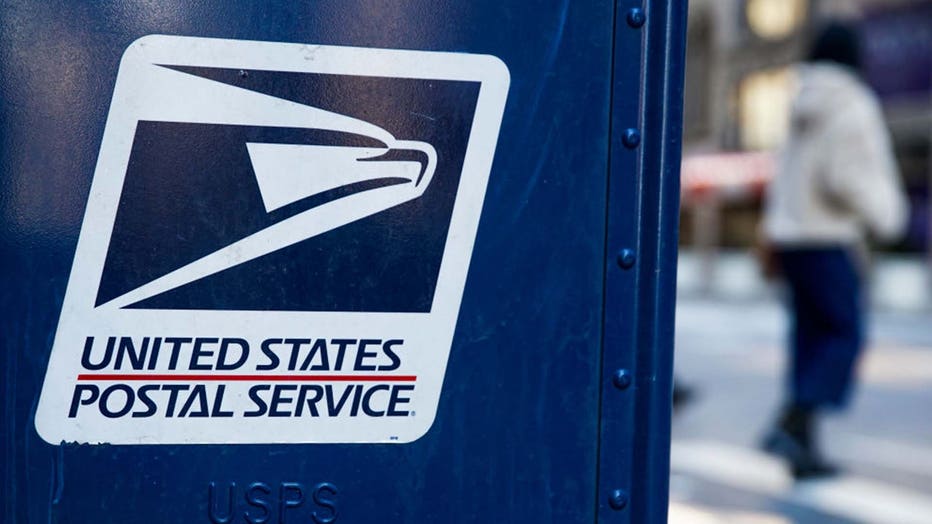 FILE - A USPS logo is seen on a mailbox. (John Smith/VIEWpress via Getty Images)

Details of the long-awaited plan, which began on Oct. 1, came at a time of intense scrutiny on the USPS over persistent delivery delays under Postmaster General Louis DeJoy, a major GOP donor who took over the agency last summer. The plan also includes a proposal to consolidate underused post offices, hinted at a potential postage rate increase and detailed investments in new delivery vehicles, among other things.

Facing an expected $160 billion in losses over the next decade, DeJoy and postal executives stressed the need to cut costs and modernize the agency’s operations as its workload increasingly shifts from handling letters to hauling more and more packages.

"This is about the long-term viability of the organization under the two missions that we have that are legislated, that is delivered to every house six days a week and be self-sustaining," DeJoy said. He announced the plans at a webinar with other postal service officials.

DeJoy said the biggest change would be a relaxing of the current first-class letter delivery standard of one-to-three-days to a one-to-five-day benchmark. Postal leadership said the longer timeframe would apply only to mail going to the farthest reaches of its network and that 70% of first-class mail will still be delivered within a three-day standard.

The agency said it will request advisory opinions from the independent Postal Regulatory Commission on potential changes to delivery standards as well as other initiatives that "change the nature of postal services on a nationwide or substantially nationwide basis" according to federal law.

Meanwhile, the USPS temporarily raised its retail and commercial domestic shipping rates on Oct. 3 ahead of the holiday season, according to an August news release.

The rates will decrease again on Dec. 26.

Also in August, the USPS reported a loss of $3.0 billion this year, a marked increase compared to the $2.2 billion loss during the same time last year.

"While the financial results for the quarter showed a continuing net loss, our Delivering for America plan outlines our clear strategies to structure our organization for success," said Chief Financial Officer Joseph Corbett. "By implementing this 10-year plan in full, we expect to operate in a financially self-sustaining manner within the next several years while continuing to fulfill our universal service mission."