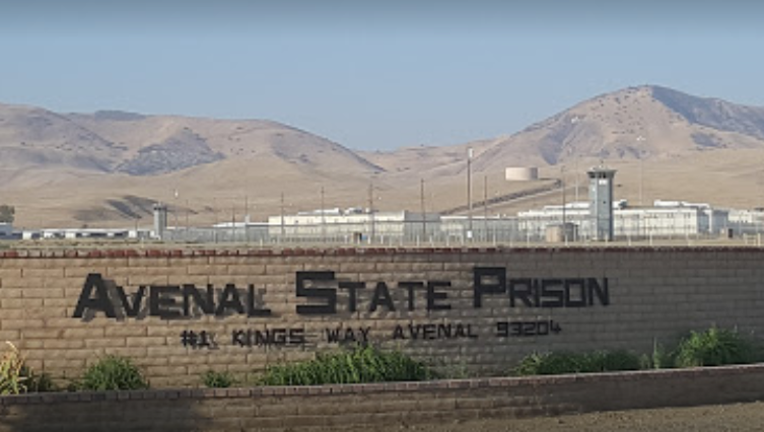 AVENAL, Calif. - An inmate from Avenal State Prison in California has died from what appears to be complications from the coronavirus, the second such inmate at this facility and the 20th prisoner in the state, according to the state Department of Corrections and Rehabilitation.

The person died Tuesday. The Kings County facility in central California has 112 incarcerated people infected with COVID-19, the agency said. Throughout the prison system, there are currently nearly 2,000 active cases as of Wednesday.

California prisons to release up to 3,500 more inmates to prevent further spread of COVID-19

The majority of the other prisoner deaths have come from the Correctional Institute for Men in Chino. Prisoners there were transferred to other facilities, including San Quentin, which has experienced an explosion of coronavirus cases, though no one there has died of the disease.

Sen. Nancy Skinner, D-Berkeley, announced this week that the Senate Committee on Public Safety will hold an oversight hearing on the COVID-19 outbreak in California prisons on July 1.

That's the same day CDCR is scheduled to begin releasing up to 3,500 more incarcerated people who have six months or less to serve on their sentences to be let go in order to reduce overcrowding, which is a key factor in the spread of COVID-19.

The senators' hearing will focus on CDCR's current and future plans for handling of the outbreak.

“The process of transferring incarcerated people from Chino, which had one of the highest COVID-19 infection rates, to San Quentin, which had no known cases, raises serious questions about CDCR’s management of the pandemic,” Skinner said in a statement. “While state government overall has done a good job managing the coronavirus crisis, the same care and attention has not been applied to California’s largest congregate settings: state prisons. We can and must do better.”

Assemblyman Mark Levine has also been vocal about wanting to hold someone responsible for the outbreak, especially at San Quentin, which is in his district. He has said he wants epidemiologists to lead the charge. There were more than 440 cases there on Wednesday. There had been zero, until prisoners, mostly from Chino, were transferred there recently after a deadly outbreak at CIM.

"The outbreak was predicted," Levine tweeted. "We warned the prisons. We saw the outbreak play out in slow motion as they made avoidable errors. We must replace wardens with epidemiologists that have decision making authority. We need to rely on science to protect human life and public health."