4 dead, including gunman, in Pensacola Navy base shooting

A shooting Friday at a naval air station in Florida left four people dead, including the gunman, authorities said. Among the wounded were two deputies who were the first to respond.

PENSACOLA, Fla. - Authorities say an aviation student from Saudi Arabia opened fire in a classroom building Friday morning at a naval air station in Florida — leaving at least four people dead, including the gunman, and several others wounded.

The student was a second lieutenant in the Saudi Air Force, said two U.S. officials who spoke on condition of anonymity to disclose information that had not yet been made public. The officials said authorities were investigating whether the attack at the Naval Air Station in Pensacola was terrorism-related.

Saudi state media did not immediately report on the shooting. The kingdom has relied on the U.S. to train its military.

Base commander Capt. Tim Kinsella confirmed at a news conference that the shooter was an aviation trainee at the base.

Escambia County Sheriff David Morgan said 11 people were shot all together in the incident, reported just before 7 a.m. local time. Among the injured were two sheriff’s deputies who were the first to respond, one of which killed the suspect. 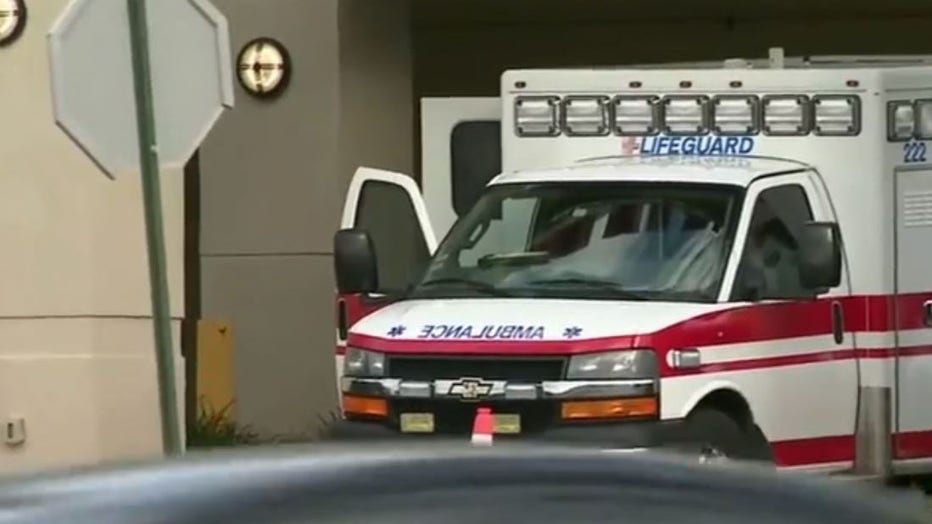 An ambulance is parked outside of Ascension Sacred Heart Medical Park after a shooting was reported at Naval Air Station Pensacola on Dec. 6, 2019. (Photo credit: WALA-TV)

Morgan said during a press conference that one of the deputies was shot in the arm and the other in the knee, and both were expected to recover.

“This strikes particularly hard for me as a retired military member,” Morgan said. “Walking through the crime scene was like being on the set of a movie.”

The incident prompted a massive response from law enforcement and a lockdown at the base, which remained closed until further notice.

"Both gates of NASP are currently secured due to reports of an active shooter," the base posted earlier on Facebook. 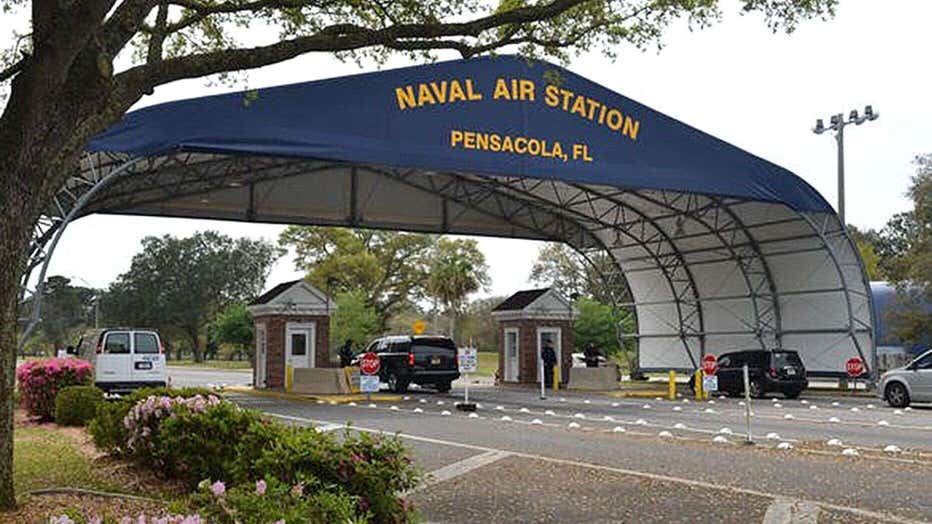 A gate at Naval Air Station Pensacola in Florida is pictured in a file photo. (Photo credit: U.S. Military)

Florida Gov. Ron DeSantis said the FBI was working with the Department of Defense and other agencies as part of the investigation.

President Donald Trump tweeted his condolences to the families of the victims and noted that he had received a phone call from Saudi King Salman. He said the king told him that “the Saudi people are greatly angered by the barbaric actions of the shooter, and that this person in no way shape or form represents the feelings of the Saudi people who love the American people.”

NAS Pensacola, which is located along the waterfront southwest of downtown Pensacola, employs more than 16,000 military and 7,400 civilian personnel, according to its website. It serves as the home for the Blue Angels flight demonstration team, as well as the headquarters for Naval Education Training Command.

The incident was reported just days after a U.S. sailor opened fire at Pearl Harbor Naval Shipyard, leaving two victims dead and one injured before killing himself.