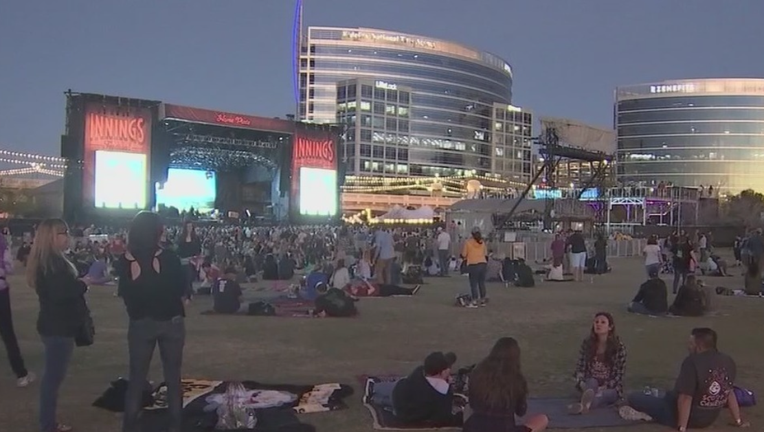 The Innings Festival in Tempe.

PHOENIX - Some of the biggest anticipated events in Arizona have been cancelled or postponed because of the pandemic. Here's a rundown of a few of them:

The Arizona Rock-N-Roll Marathon is cancelled this year. While other races have done virtual runs, organizers have decided to wait until next year to hold the race.

The Arizona Renaissance Festival originally had plans to open this year, but with cases spiking, they're decided to wait until next year.

The Innings Fest at Tempe Beach Park, which typically brings in big-name musical acts, is being put on hold until 2022.

The Barrett-Jackson Car Auction brings thousands of people to the Valley for an up-close look at rare and collectible cars. They've moved the auction from January to March, but specific dates have not been announced yet.

The 2021 Fiesta Bowl football game will go on, but there will be no fans aside from players' families. The parade is postponed until April.

The Waste Management Phoenix Open is still scheduled for Feb. 1-7 at TPC Scottsdale, but the venue will be scaled back.