Cole Torrent was found alive -- 12 hours after search crews began looking for him in Millers Bayou. His loved ones were waiting for him with tears and hugs as Pasco County deputies brought him to them.

PORT RICHEY, Fla. - A missing jet skier hunkered down inside a Port Richey stilt house for hours overnight after losing his water scooter. The reason? He wanted to help a distressed bird, he said.

It was just after sunrise this morning when law enforcement and wildlife officials announced that, following 12 hours of searching, they had found Cole Torrent, who went missing Tuesday evening.

Bystanders at Nicks Park were seen embracing after word came that Torrent was alive. Some of them were even in tears.

Pasco County deputies said the agency's air unit located Torrent at a stilt house near the mouth of the Pithlachascotee River. Wrapped in a blanket, he was brought back to land Wednesday morning. He was seen hugging loved ones who were waiting for him at the dock.

“I really didn’t expect that many people to be here," he later told FOX 13. "I just feel grateful to have such a good close-knit friends and family.” 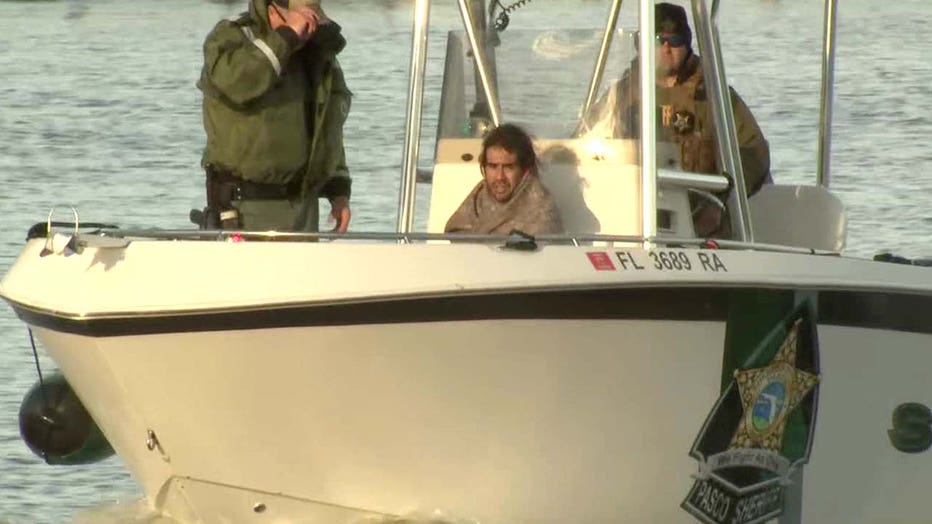 Pasco County deputies bring Cole Torrent back to shore after he was found safe. He was missing for 12 hours.

Earlier, Port Richey Police Chief Gerard DeCanio explained that Torrent had posted on Facebook that he was heading out to Millers Bayou to jet ski and asked if anyone wanted to join.

But a bird -- that appeared to have been tied up in fishing line -- caught Torrent's eye.

‘Hungry and tired’ jet skier, found alive after 12 hours, says he is grateful

Cole Torrent spent the night in a stilt house after he lost his jet ski on Millers Bayou. He told FOX 13 he was happy to be back on land and felt loved after seeing his friends and family waiting for him.

When he tried to help the bird, his water scooter drifted away and he began to get tired of swimming.

“I’m a little tired and hungry, but other than that, I was able to manage,” Torrent told FOX 13. “Once the ski floated away, I was able to swim to one of the stilt houses and I had to break into one of those. Luckily, they had a tarp I was able to wrap myself in and they had a space heater so that kept me warm through the night.” 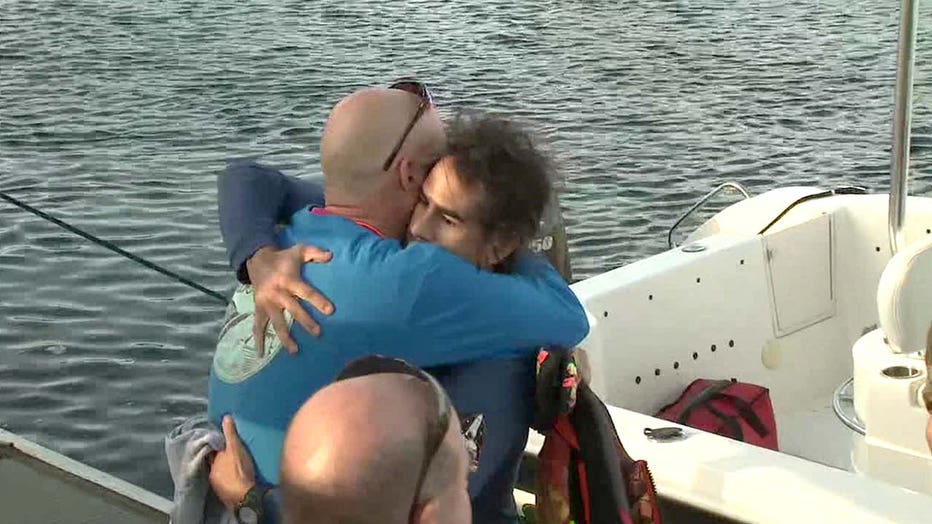 The search for Torrent began Tuesday night at Millers Bayou in Port Richey. Florida Fish and Wildlife Conservation Commission received a call around 7 p.m. from the U.S. Coast Guard. Port Richey police said, about four hours later, around 11 p.m., they found the jet ski in a mangrove area. But Torrent was nowhere in sight.

Crews from Port Richey Police Department and FWC had several boats in the water during the overnight hours, then ramped up their efforts once the sun came up Wednesday.

The chief said Torrent heard the Pasco County Sheriff's Office helicopters this morning, came out of the home, and waved at them.

Torrent offered to repair the damage to the stilt house, and the chief said he won't face any charges.

"He broke a window to get in, which is fine. We're going to let the owners know."