SANTA ROSA, Ariz. - An Arizona firefighter was one of two people arrested for operating a methamphetamine lab at a mobile home near Tucson.

According to U.S. Immigration and Customs Enforcement, 36-year-old Stephen Folson, a member of the Tohono O'odham Nation, and 29-year-old Desiree Saraficio admitted to manufacturing meth after federal agents searched their home on March 1.

Folson admitted to using meth for 9-10 years and told agents he has been cooking the drug for about three years. He also said he ordered ingredients to make meth online from China and Canada.

"Folson confessed that he knows the process of cooking meth is dangerous and toxic but needs it to function," authorities said in a statement on Thursday. "He also advised he smoked more and more meth, to where now he must 'smoke at least once an hour to stay awake.'" 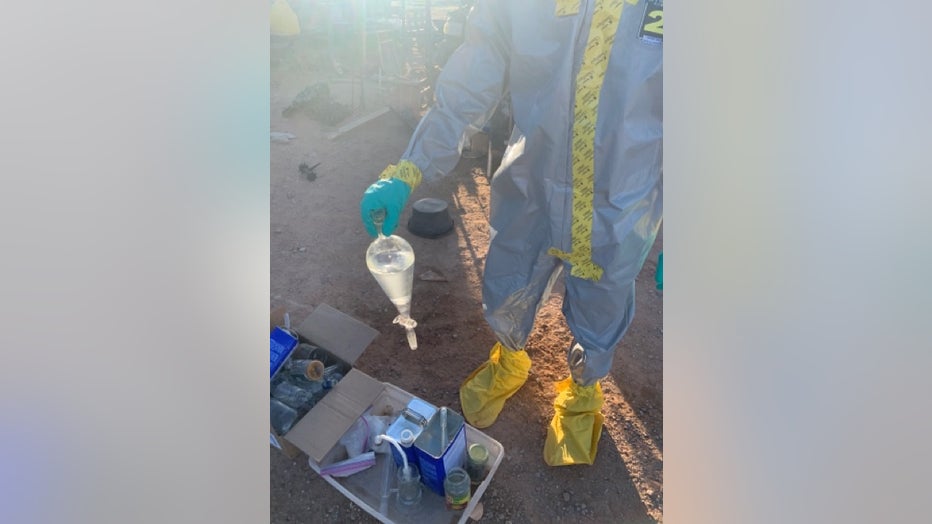 Prior to his arrest, agents encountered Folson and his teenage sons at his home and discovered the meth lab, along with a substantial amount of manufacturing equipment.

"Meth labs are ticking time bombs, waiting for a single spark to ignite and explode causing irreparable damage and in the most extreme cases, death," a special agent said.