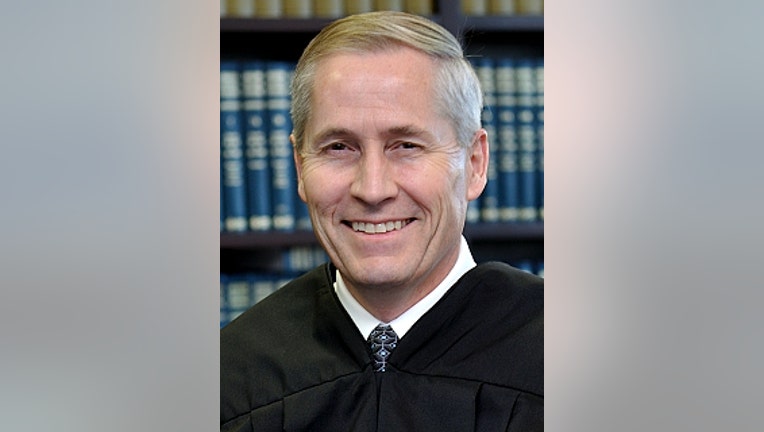 PHOENIX (AP) - Arizona Supreme Court Justice Andrew Gould announced March 12 that he is retiring after just over four years on the court.

Gould told Republican Gov. Doug Ducey his last day will be April 1. The governor will appoint a replacement from a list of candidates provided by a commission that screens candidates under the state’s merit selection process.

Gould was sworn in as one of two new justices in December 2016 after being appointed by Ducey following the Legislature’s passage of a law expanding the court from five to seven members. Some criticized the expansion as "court packing," but Ducey disputed that, saying "we have right-sized the court."

Ducey praised Gould on Friday, saying he "has remained committed to law and order throughout his career, working to ensure justice for victims and upholding the Constitution."

The 2016 expansion law was pushed through the Republican-controlled Legislature with no Democratic support and over the opposition of then-Chief Justice Scott Bales, who said there was no need for extra justices and that the $1 million in costs for them could have been used for more pressing court funding needs.

Gould had been on the Arizona Court of Appeals since 2012 and previously spent more than a decade as a judge with Yuma County Superior Court. Previously, he had also been a prosecutor in Yuma and Maricopa counties and in Indiana.

"For more than twenty years he has been an outstanding trial judge, appellate judge and justice," Chief Justice Robert Brutinel said in a statement. "The court has benefited from his wisdom, work ethic, collegiality and his commitment."

Ducey has appointed five of the current members, and the other two were appointed by his Republican predecessor, Gov. Gov Jan Brewer. Gould and five others are Republicans. Justice Clint Bolick is an independent.

Gould, 57, has not announced his future plans, other than to say "he plans to continue serving the people of Arizona."