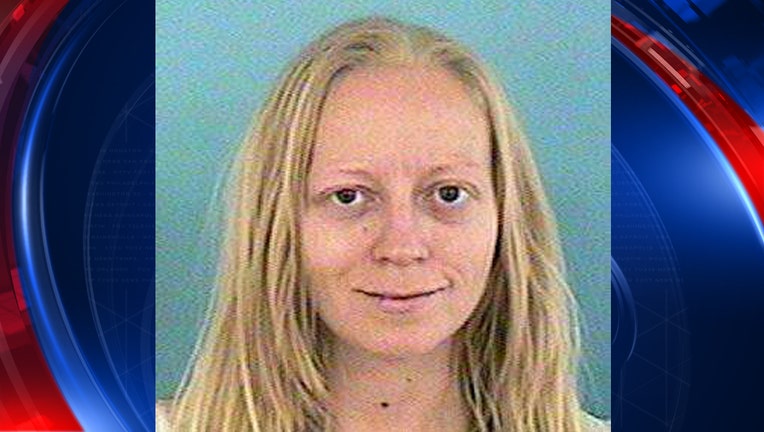 FLORENCE, Ariz. (AP) - A Tempe woman convicted of killing her ex-boyfriend amid a custody dispute has been sentenced to life in prison without the possibility of parole.

The Casa Grande Dispatch reports that Agerter was gunned down in his car after pulling into the garage of his Maricopa home and that surveillance video showed his killer running up to the home and shooting him within a few seconds.

Sinkevitch and Agerter were in a custody dispute over their infant child at the time of the crime, and the Pinal County Attorney's Office has said Agerter believed he was the father of Sinkevitch's son and was trying to establish paternity.

Defense attorney Bret Huggins said during the trial that no witness provided direct evidence that could connect Sinkevitch to the crime.

Prosecutors said that Sinkevitch had stolen license plates in her car, an indication that she planned to commit a crime, and that she knew when Agerter would return home because he was scheduled to take a paternity test.

"It could not have been just anyone," Deputy Pinal County Attorney Shawn Jensvold said during the trial. "The person who murdered Michael - executed Michael - had to know he was coming home that afternoon."

Agerter obtained an order of protection against Sinkevitch in April 2016, just one month after their romantic relationship had ended.

Agerter's family said in a statement issued after Sinkevitch was convicted that Agerter "took every legal precaution to protect himself and was trying to do the same for his child."

"Domestic violence knows no boundaries," the statement added. "Mike's attempt to protect the child he never met escalated (Sinkevitch's) aggression towards him, ultimately leading to his death."