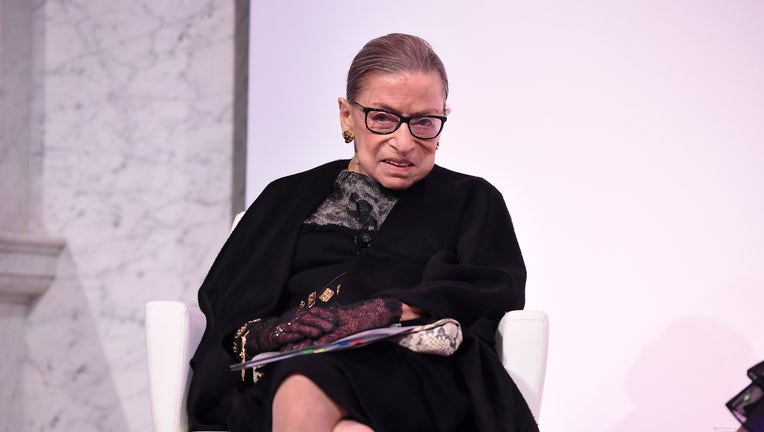 PHOENIX - Arizona politicians from both political parties are speaking out, as news spread that Supreme Court Associate Justice Ruth Bader Ginsburg has died at the age of 87, following a battle with pancreatic cancer.

"Justice Ginsburg led a trailblazing career as a champion for women and equal rights," read a portion of the statement.

Sen. Martha McSally, who was appointed to the U.S. Senate in 2018 and is currently running to serve out the remainder of late Sen. John McCain's term, offered a short statement on her verified Twitter page.

Shortly after the first tweet, Sen. McSally issued another tweet calling on the Senate to vote on President Trump's next nominee for the Supreme Court.

Mark Kelly, who is running against Sen. McSally for the Senate seat she was appointed to, said Justice Ginsburg "dedicated her life to making our country more just."

Sen. Sinema, who defeated Sen. McSally in 2018 in the race for a Senate seat formerly held by Jeff Flake in 2018, said Justice Ginsburg "inspired me and countless others."

Former Phoenix Mayor Greg Stanton, who is now a Congressman for Arizona's 9th Congressional District, said Ginsburg is "one of the finest citizens and jurists in American history."

The O'Connor Institute, on behalf of former Justice Sandra Day O'Connor, issued a statement on Justice Ginsburg's passing. O'Connor and Ginsburg served together on the Supreme Court for years.

"Their friendship extended off the Court as they toured and spoke together on a myriad of topics over the years," read a portion of the statement.

The longtime justice died on September 18 following a cancer battle. She was 87.