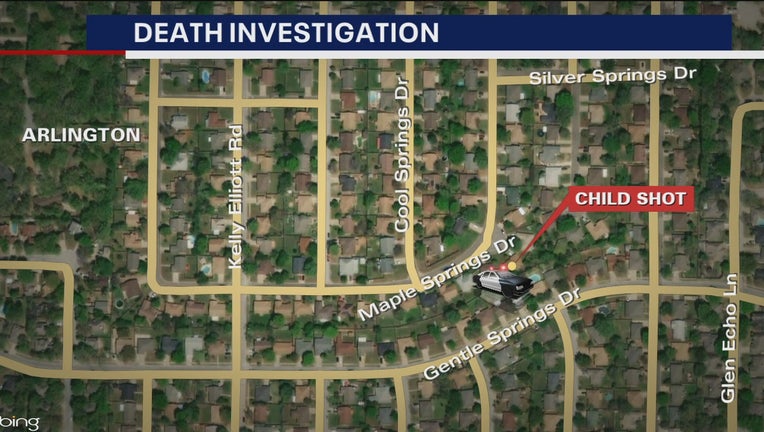 ARLINGTON, Texas - A 3-year-old boy in Arlington is dead after police he was shot in the head.

The shooting happened Monday just before 12:30 p.m. on the 4100 block of Maple Springs Drive.

The child was taken to a hospital, where he later died.

There is no word on how the child was shot. But according to homicide investigators, it appears to be an accidental shooting by a family member.

The baby’s identity has not been released.