ALBUQUERQUE, N.M. - Creators of the popular video “Baby Shark,” whose “doo doo doo” song was played at the World Series in October and has been a viral hit with toddlers around the world, have released a Navajo version of the tune.

Pinkfong, a brand of the South Korea company SmartStudy, announced it unveiled the new version Sunday after holding singing auditions on the Navajo Nation.

The project was launched after Navajo Nation Museum director Manuelito Wheeler reached out to SmartStudy in September about translating “Baby Shark” into Navajo. The museum previously had lobbied for Navajo versions of the movies “Star Wars” and “Finding Nemo” that were eventually made.

During the “Baby Shark” auditions, Wheeler was the confidence-building coach, and two Navajo language instructors provided coaching with the correct Navajo language pronunciations. Hopeful actors for the role of Navajo Baby Shark, Mommy Shark, Daddy Shark, Grandma Shark, and Grandpa Shark, drove in from around the Navajo Nation.

Yoon said the company hopes its latest project will spark interest in the Navajo language among the tribe’s younger generation.

“The Navajo Nation Museum has advised and helped us through the whole localization process, and the translated lyrics have been supervised by Navajo language experts,” Yoon said.

SmartStudy has translated the “Baby Shark” tune of the viral video in 19 languages, including English, Chinese, Japanese, Korean, German, Arabic and Bahasa-Malay.

The Navajo Nation is the largest Native American reservation in the U.S. The Navajo word for shark is lóó hashkéhé, which translates to “angry fish.” 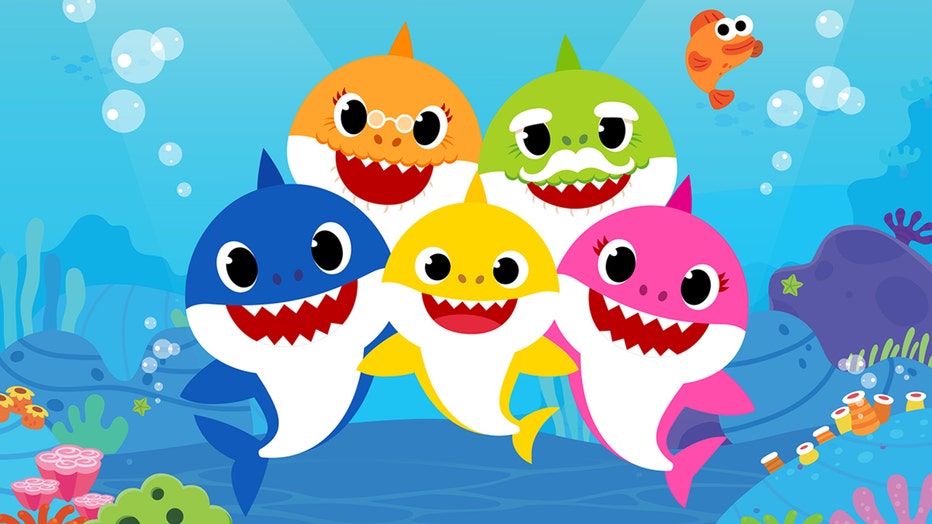 “Baby Shark” has been around for a few years, but took the world by storm last year when the song and video went viral with the nursery-school set, with little kids imitating the hand-clapping dance that went along with the video.

Books, plush toys, and other merchandise inspired by the song became hot-ticket items for the holidays and the “Baby Shark” tour was soon hatched.

A second North American leg of the “Baby Shark” concert tour is launching in March.

Nickelodeon has a “Baby Shark” cartoon series in the works.

Russell Contreras is a member of The Associated Press' race and ethnicity team. Follow him on Twitter at http://twitter.com/russcontreras