WASHINGTON - The Biden administration on Friday said that it planned to allow deported veterans and their family members to return to the U.S.

"The Department of Homeland Security recognizes the profound commitment and sacrifice that service members and their families have made to the United States of America," Mayorkas said, as reported by the Post. "We are committed to bringing back military service members, veterans, and their immediate family members who were unjustly removed and ensuring they receive the benefits to which they may be entitled."

A spokesperson for the Department of Homeland Security did not return Fox News’ request for comment. 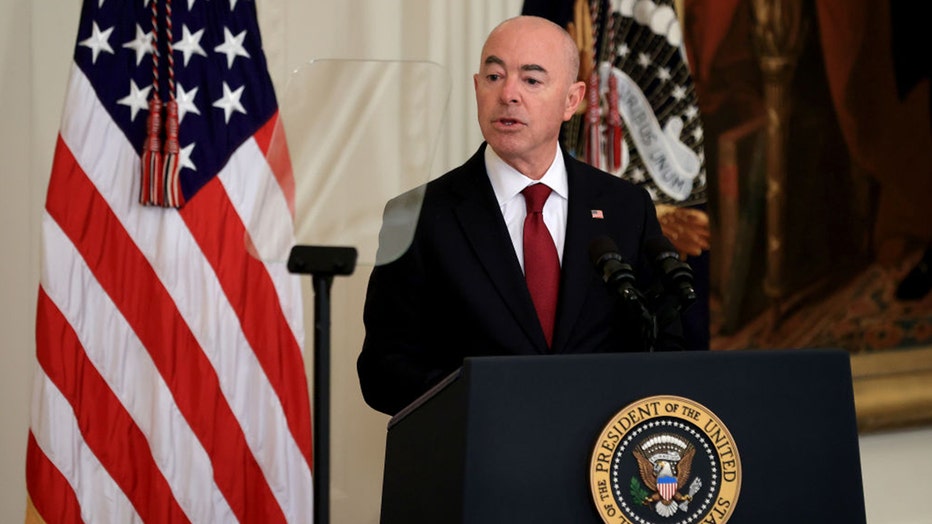 DHS is reportedly working to set up a resource center to help interested veterans with their immigration applications.

The Immigration and Nationality Act allows service members to acquire citizenship if they satisfy eligibility criteria.

A 2019 report by the Government Accountability Office found that the U.S. likely does not have an accurate count of how many veterans have been deported because ICE did not keep consistently keep track. The report noted that some of the veterans who were removed may not have received the level of review appropriate for cases former service members.

An advocacy group called the Deported Veterans Support House said that it has come into contact with at least 400 veterans who have been deported, faced deportation or have had legal issues with immigration. All of those individuals have a strong desire to return to the U.S., the group said.

During his campaign, President Biden criticized President Donald Trump for deporting undocumented veterans without checking their record of military service. He pledged to protect these individuals and their spouses from deportation.