NEW YORK - After a delay last week, another giant, city-funded 'Black Lives Matter' mural was painted in front of Trump Tower in Midtown Manhattan on Thursday.

Crews set up barriers around the section of Fifth Avenue between West 56th Steet and West 57th Street. Traffic was shut down through the area. Painters got to work at about 10 a.m.

The five-hour process began with stenciling followed by the painting of the letters in yellow. Shortly before Noon, Mayor Bill de Blasio, First Lady Chirlane McCray, and the Rev. Al Sharpton lent a hand to painters.

De Blasio said he is committed to creating Black Lives Matter murals in each of New York City’s five boroughs.

Speaking to FOX 5 NY, a source said that Trump’s social media attack had nothing to do with the last-minute delay last week to paint the mural, while a spokesperson for the Mayor’s office says it was simply a scheduling issue and the mural would still be painted.

"Other than the fact that we have a President who struggles to even understand where we come from, having Black Lives Matter printed anywhere in the city would be an incredible show of support," said Fania Washington, a Hell's Kitchen resident. 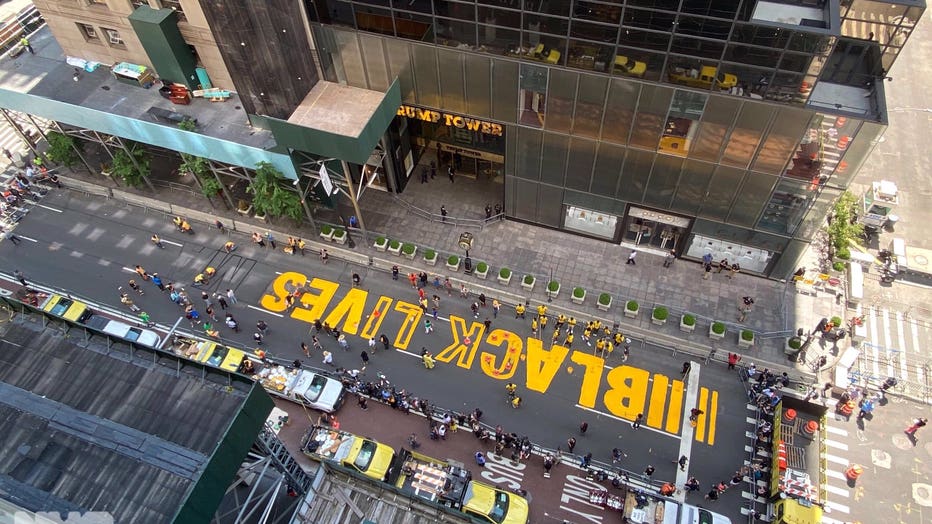