A 21-year-old man accused of illegally entering the U.S. near Naco is being charged with assaulting a border agent.

TUCSON, Ariz. - A man who had illegally entered Arizona from Mexico has been charged with assaulting a U.S. Border Patrol agent in southern Arizona who was trying to detain another person who also had entered the county illegally, the FBI announced Friday.

Tucson TV station KOLD said the assault occurred on Jan. 26 near Naco, which is along Arizona’s border with Mexico.

Charging documents allege that Rey David Marquez-Jimenez hit the agent over the head and tackled him. As the two men struggled on the ground Marquez-Jimenez pulled out a knife and held it near the agent’s face and throat.

The agent’s hand was cut as he tried to fend off the attack, according to the criminal complaint filed by the FBI.

Marquez-Jimenez and the second person then fled, but other agents caught them both.

The criminal complaint says the agent went to the area near Hereford on Wednesday after others monitoring cameras mounted on a surveillance tower spotted three people crossing into Arizona. The unidentified agent caught one person and then was assaulted.

The charging documents say Marquez-Jimenez is a Mexican citizen who was born in 1999. Assaulting a federal officer can be punished by up to three years in prison.

The federal public defender assigned to the case did not immediately respond to a request for comment. 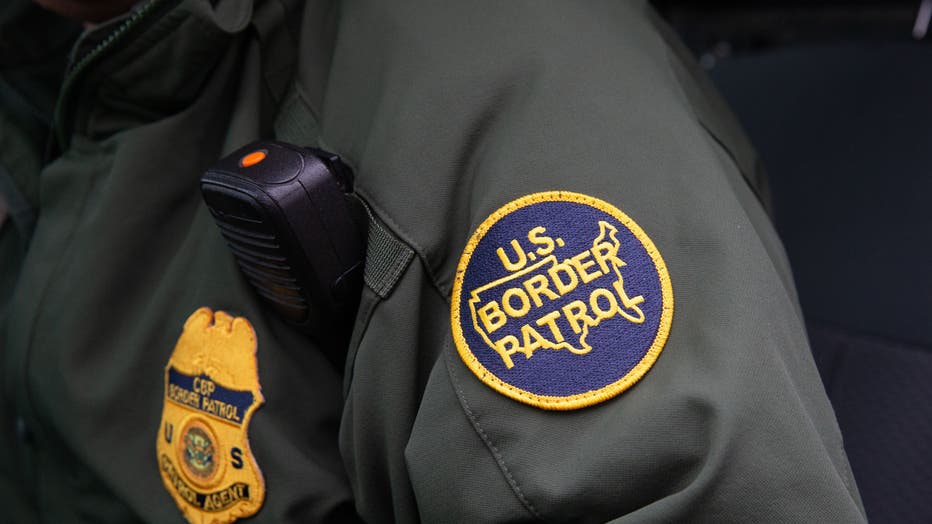 TOPSHOT - This photo shows a US Border Patrol patch on a border agent's uniform in McAllen, Texas, on January 15, 2019. (Photo by SUZANNE CORDEIRO/AFP via Getty Images)