Two Republican-controlled Arizona counties have voted not to certify, deferring a final decision until Monday, the last day it’s allowed under state law.

The court filing and one of the GOP supervisors in Cochise County said they did not want to interfere with the likely recount in the race for Arizona attorney general.

Cochise County has delayed certifying the results of last week’s vote after hearing from a trio of conspiracy theorists who alleged that counting machines were not certified. 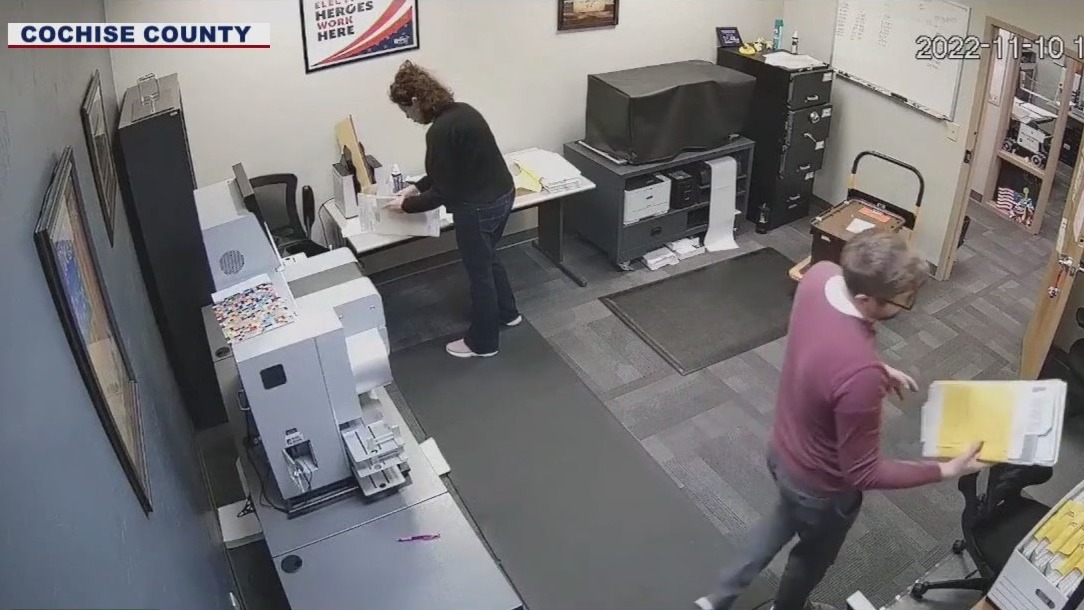 Republican members of the Board of Supervisors are pushing for a full hand count of Election Day ballots.

Under terms of the plea agreement, prosecutors said Marquez-Jimenez faces a prison sentence of 60 to 108 months followed by three years of supervised release.

Although Arizona law requires clergy and other professionals to report child sex abuse and neglect, it permits clergy to withhold the information if it is obtained during a spiritual confession.

The advice from Chief Deputy Cochise County Attorney Christine Roberts seemed to stun two members of the county board who are pushing the hand-count.

Mary McCarty had just arrived to work at a post office in Animas, New Mexico when she found Glenn French wandering around the parking lot, according to USPS.

After plugging holes in the U.S.-Mexico border wall in Yuma with shipping containers, Arizona Governor Doug Ducey is now looking to do the same in Cochise County.

Police say a 30-year-old man was arrested after a pipe bomb exploded in a Willcox neighborhood.

A Wild West general store in southeastern Arizona is in need of a new caretaker.

Troopers on Interstate 10 in San Simon, Arizona pulled over a vehicle wanted in connection to the crime on Sept. 7.

A group of sheriffs from Arizona, Texas, New Mexico, California, and most of the other states will gather in Cochise County to tackle the border crisis. "This is not the state of Arizona's problem. This is America's problem."

The man, identified as 52-year-old Jay Albert Stevens, waved down the deputy and told him he had just shot and killed someone, officials said.

Authorities in Arizona are investigating multiple threats made at several schools across the state.

“It was discovered that a gun and ammunition was located inside of his backpack, and ultimately a second handgun was discovered as well,” the sheriff's office said.

On Wednesday, there is about a 30% chance of rain for the Phoenix area. A Flood Watch is in effect for much of the state through early Wednesday night.