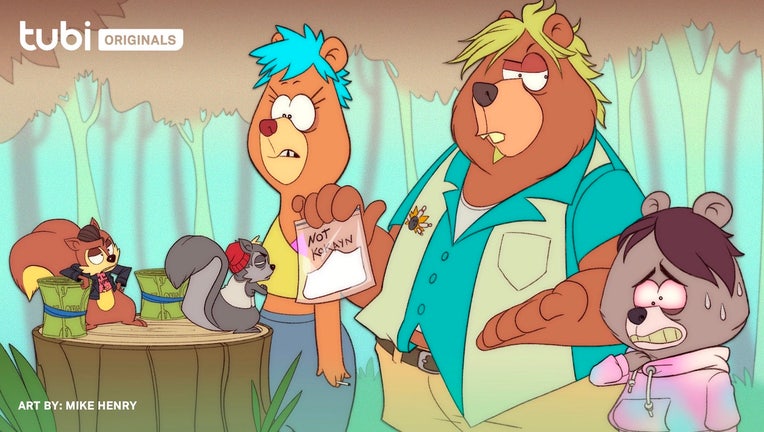 Chicago - That’s a nice pic-a-nic basket you’ve got there. Shame if anything happened to it.

Tubi has given a green light to "Breaking Bear," an adult animated series from creator/showrunner Julien Nitzberg ("The Wild and Wonderful Whites of West Virginia") and producers Cartel Entertainment ("Creepshow," "Twelve Forever," and "Day of the Dead") and To The Stars Media ("Monsters of California," "Unidentified"), a media company from Blink-182’s Tom DeLonge. DeLonge will serve as one of the show’s executive producers.

WATCH FREE ON TUBI: "The Wild and Wonderful Whites of West Virginia" — get the app

The series "follows the escapades of three bear siblings who decide they have to start selling drugs in order to raise money and save their home after gas companies start fracking next to their cave. The bears soon enlist other forest animals in a scheme that will pit them against oil companies, the Russian Mafia, local Hell’s Angels and polar bears who hate anything that isn’t white," per a press release.

In other words, it puts cartoon animals in a mob movie, or as the press release puts it, "comically [combines] elements of Yogi Bear with ‘The Sopranos.’"

WATCH FREE ON TUBI: "My Dinner with Alan: A Sopranos Session" — get the app

"When The Cartel pitched a series with cartoon animals as mobsters, I knew it was an offer I couldn’t refuse," said Adam Lewinson, Tubi’s chief content officer. "This is the perfect project to expand our adult animation offering after the stellar success of ‘The Freak Brothers,’ cementing Tubi as a destination for adult humor."

WATCH: Tubi’s collection of free kids and family entertainment — get the app

About "The Freak Brothers"

Smoke 'em if you got 'em! Pete Davidson, Woody Harrelson and John Goodman lead the voice cast of this adult animated stoner comedy based on Gilbert Shelton’s cult classic comic, "The Fabulous Furry Freak Brothers." The series follows three 1960s hippie stoners who smoke a magical strain of weed, only to fall into a 50-year slumber and wake up in the 2020s. While time (and weed culture) may have changed, the Freak Brothers are just as mellow as ever. "The Freak Brothers" is a Tubi Original. Rated TV-MA. One season, 8 episodes. Also featuring the voices of Tiffany Haddish, La La Anthony, Adam Devine, Blake Anderson.

The series follows three hippie stoners who smoke a magical strain of weed in 1969 and fall into a 50-year slumber, only to wake up in the 2020s, where they must adjust to life in present-day San Francisco. You can watch the series now on Tubi.

When does "Breaking Bear" premiere?

No premiere date for "Breaking Bear" has been announced, and FOX Television Stations cannot confirm whether the mammals that star in the series are smarter than the average bear.